October is long over, but I’m never going to get tired of discussing Horror movies, so you’ll  just have to bear with me.

As a visual artist, movies are very important to me.  It’s part of the reason I love most of the movies I love regardless of their other qualities. I especially love movies that dazzle my  eyes. I chose Horror movies for this post. Horror, and Scifi are the two  genres that are most free to imagine, while breaking the rules of costuming, and makeup, and people really don’t give them enough credit for their beauty.

The Monster’s Bride’s makeup and hair are iconic. Anytime its referenced in another movie, and everyone who sees the costume, who knows movies at all, knows where this look is from, the name of it, and the actress who wore it, Elsa Lanchester. The Bride is one of the first female monsters to ever appear on film, with the exception of the 1932 Vampyr, (which featured the first onscreen female vampire, Carmilla).

Bride of Frankenstein was directed by James Whale, and this movie is heavily referenced in the 1998 movie, Gods and Monsters, where we see Whale, (played by  Ian McKellen), get reunited with his monsters, Karloff and Lanchester.

The costumes in this movie are not especially beautiful, but they do have a lot of wealth of meaning, as related to the plot. Here, the costumer, Kym Barrett, and the director, Jordan Peele,  discuss the meaning of the costumes from Us.

Pennywise’s costume is just a tiny bit uncommon because it  is loosely based on Pedrolino, a sort of generic, French clown from the  Italian commedia dell’arte. At any rate, clowns being scary has a very loooong history. The 2019 version of Pennywise (Skarsgaard), in his white costume and distinct, Pagliacci style,  makeup, is very different in looks, from the television mini-series version, played by Tim Curry, who looked much more traditionally American. The costume designer, Luis Sequeira, is also known for his work on The Shape of Water, (which got him nominated for an Oscar in 2017.) 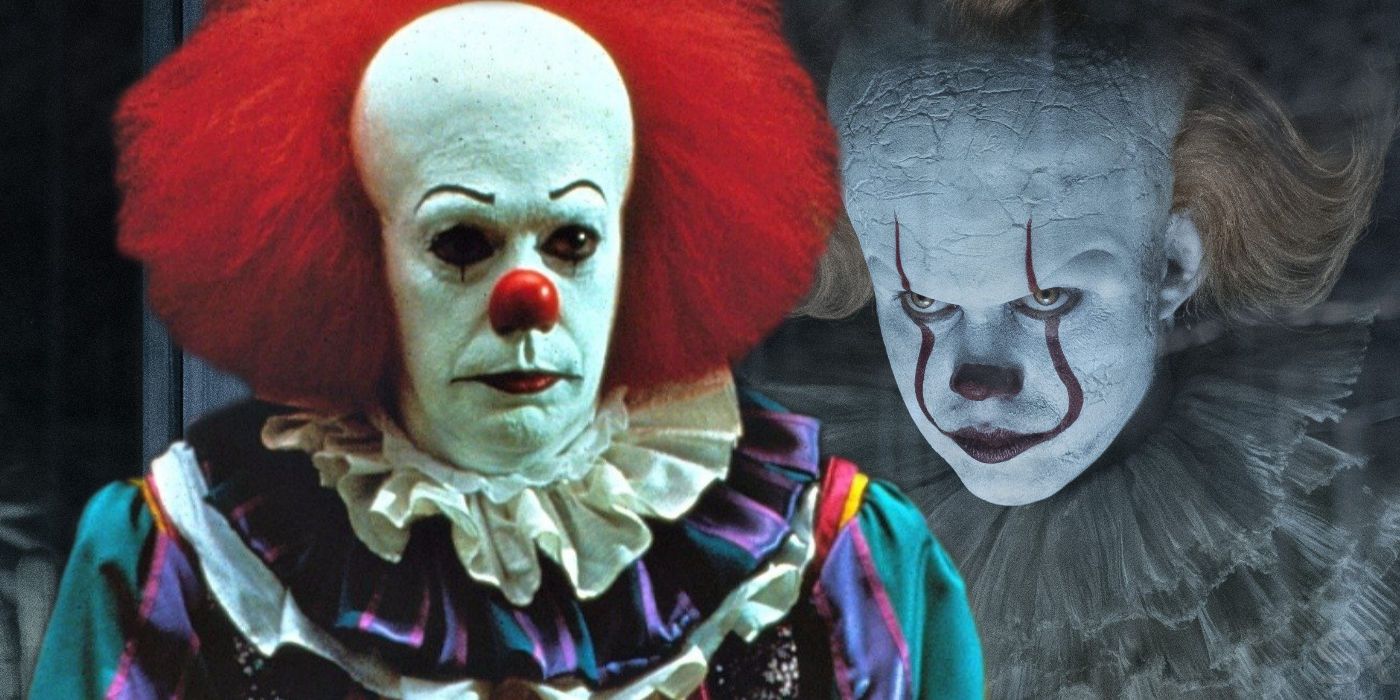 You aren’t alone in your fear of makeup-clad entertainers; people have been frightened by clowns for centuries

This movie is known for Tim Curry’s portrayal of a Satanic figure, Darkness, who tempts an innocent young virgin to be her worst self. Mia Sara and Tom Cruise star as a pair of star crossed lovers, who run afoul of Curry’s Demon King after Sara’s encounter with a unicorn gets it killed. He uses her guilt at having lured the unicorn to its death to try to turn her into a demon as well. This is  the most underrated straight  Fantasy movie of the 80s, and probably because of the presence of Tom Cruise, that people dismiss it.

This was Ridley Scott’s next big film after Bladerunner, and it has all of his usual markers, in that it is gorgeous, lush, surprisingly sexy, and has a point to make, about good vs. evil, and fate vs. choice. The standout visuals, and the best lines, all belong to Tim Curry. The makeup was designed by Rob Bottin, fresh off his stints on The Howling, and The Thing. The  soundtrack was composed by Tangerine Dream and the costume designer was Charles Knode, who was also responsible for the costumes for Bladerunner.

i already talked about Akasha, the Egyptian adjacent Queen of the vampires, from Anne Rice’s Queen of the Damned.

Lydia Deetz, is one of Tim Burton’s most iconic characters, and is also the most well dressed emo, Goth-girl in cinema. Wynona Ryder is  probably the only teenager in America that could pull off wearing a black veil, when not in actual mourning. She remains true to her style, and her nature, even after her parents decide to forgo civilization, and movie to the boonies. It only makes sense that their new house would be haunted by the ghosts of the gentle couple that lived there before them, (along with that rascally scoundrel, and  ne’er do-well, Beetlejuice.) 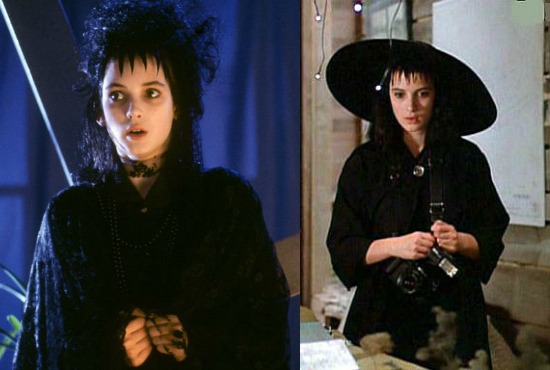 The Cell is one of the most beautiful horror movies ever made. A psychologist played by Jenifer Lopez, goes into the dreaming mind of a serial killer, to find the whereabouts of his latest victim, before her time runs out.  Tarsem, the director, who got his start in music videos, was heavily influenced by the some of the more  avante-garde artists who came before him. The costumes for this movie were also designed by Eiko Ishioka, the costumer for 1992’s Bram Stoker’s Dracula.

Some of the scenes in The Cell are inspired by works of art. A scene in which a horse is split into sections by falling glass panels was inspired by the works of British artist Damien Hirst. The film also includes scenes based on the work of other late 20th century artists, including Odd Nerdrum, H. R. Giger and the Brothers Quay.[3] Tarsem—who began his career directing music videos such as En Vogue‘s “Hold On” and R.E.M.‘s “Losing My Religion“—drew upon such imagery for Stargher’s dream sequences. In particular, he was influenced by videos directed by Mark Romanek, such as “Closer” and “The Perfect Drug” by Nine Inch Nails, “Bedtime Story” by Madonna,[4] and the many videos that Floria Sigismondi directed for Marilyn Manson. During a scene, Jennifer Lopez falls asleep watching a film; the film is Fantastic Planet.

In the scene where Catherine talks with Carl while he is “cleaning” his first victim, the scenery resembles the music video “Losing My Religion” by R.E.M.. The scene where Peter Novak first enters the mind of Carl Stargher, and is confronted by three women with open mouths to the sky is based on the painting Dawn by Norwegian painter Odd Nerdrum. The scene when Catherine Deane is chasing Carl through a stone hallway, right before she enters the room with the horse, is based on a painting by H. R. Giger called “Schacht”. 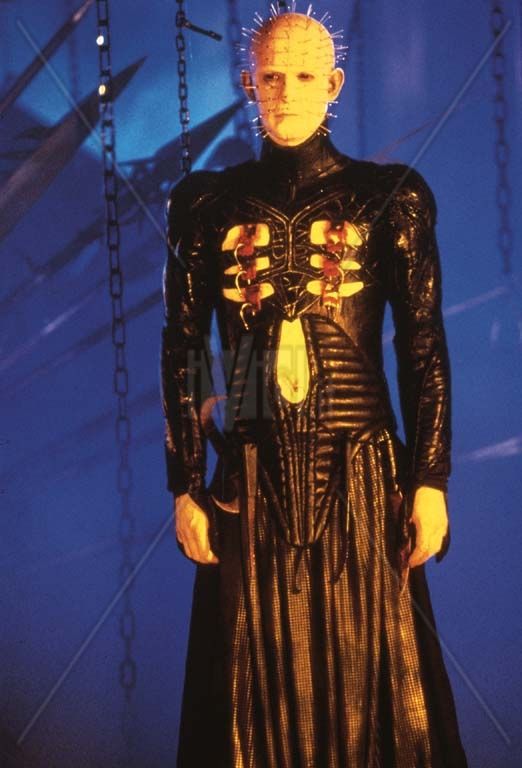 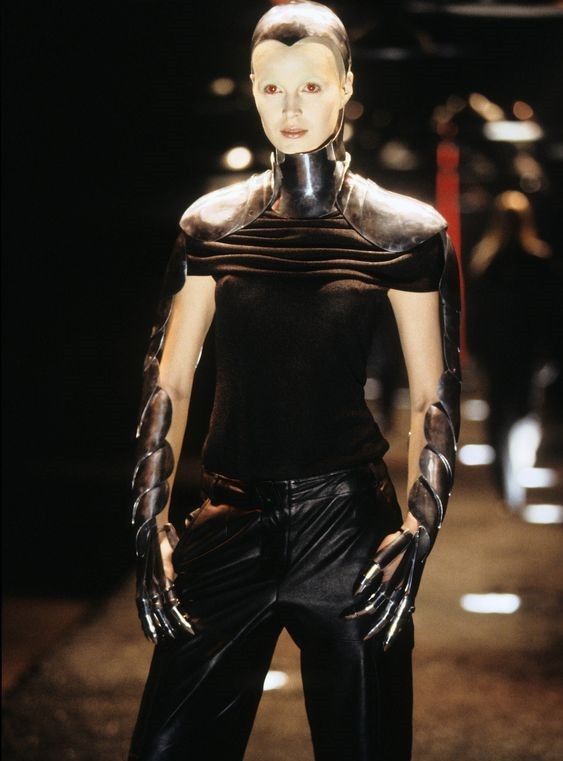 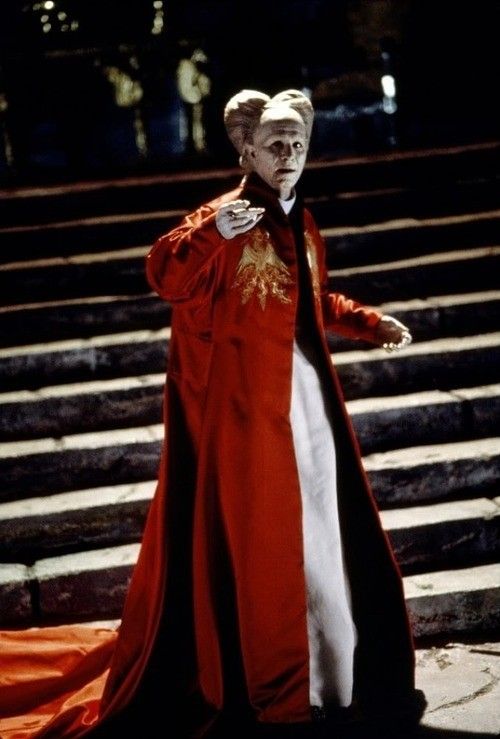 Although Francis Ford Coppola was confident enough in his interpretation of this classic story to put Bram Stoker’s name on it, there are some significant differences from the original source material, and one of  them is  Dracula is shown as a much more romantic figure. The movie is essentially a love story, whereas in the book, Dracula is much more a figure of horror, and the emphasis is more on his symbolism as a  disease, since at that time, England was very much concerned with the influx of European immigrants. At the time, Eastern Europeans were not considered White, and were said to be of impure blood, and polluting England’s shores.

Dracula is shown here to be a studly studmuffin in the form of Gary Oldman, who is not normally considered very hawt, but manages to pull it off very well. This movie has some of the most beautiful costuming I’ve ever seen in a horror movie, and it put the designer, Eiko Ishioka, on the map, as the go-to person for freaky/sexy, historical dress.

This movie is a beautiful mashup of historical inaccuracy,  Kung Fu, and steampunk  Monsters!

Tipi Hedren is the epitome of a hip, urban, fashionista of the 60s. 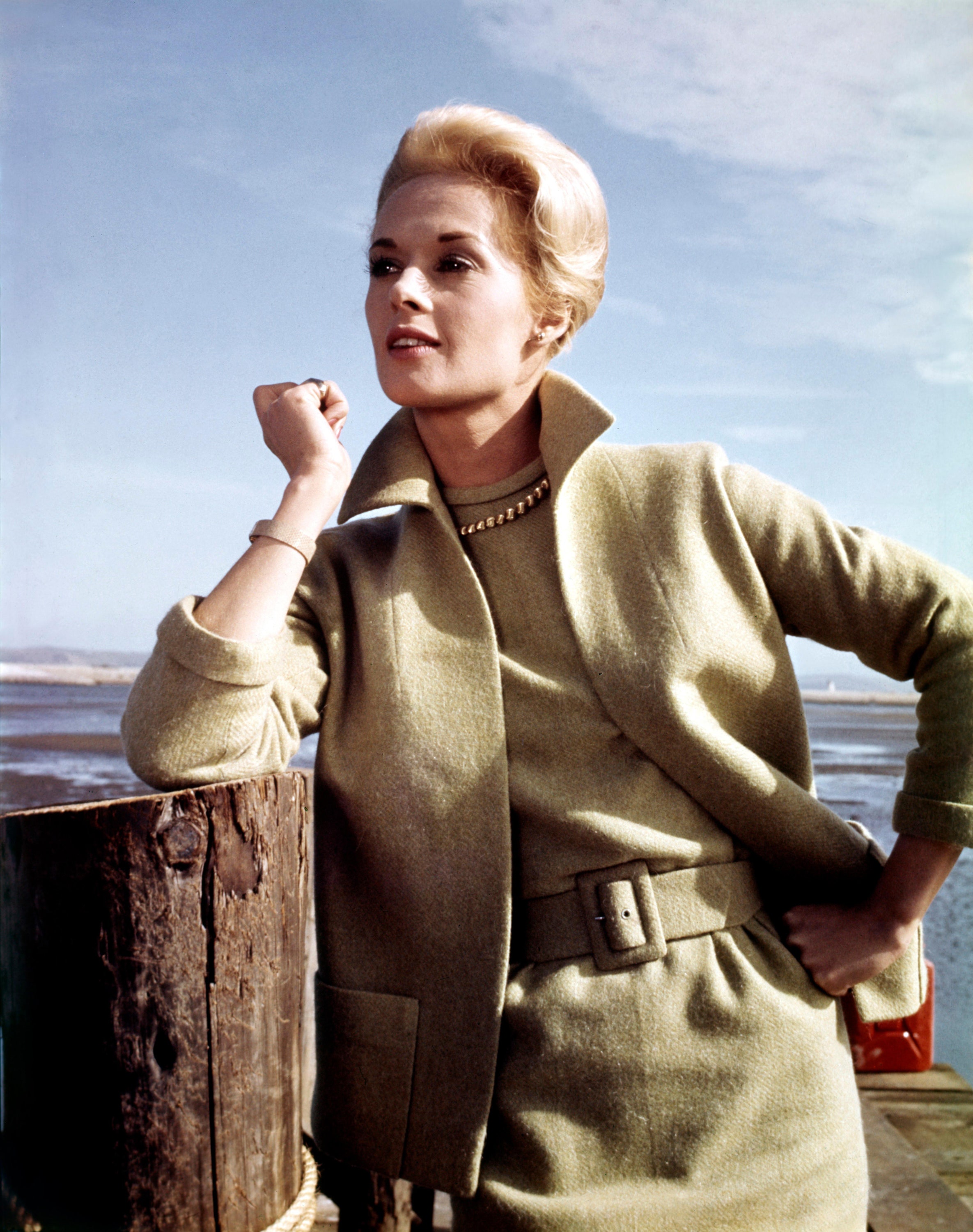 The Company of Wolves

This classic fairy tale got the 1980s makeover treatment with high fashion and werewolves, courtesy of Neil Jordan, the director of 1992’s Interview with the Vampire. 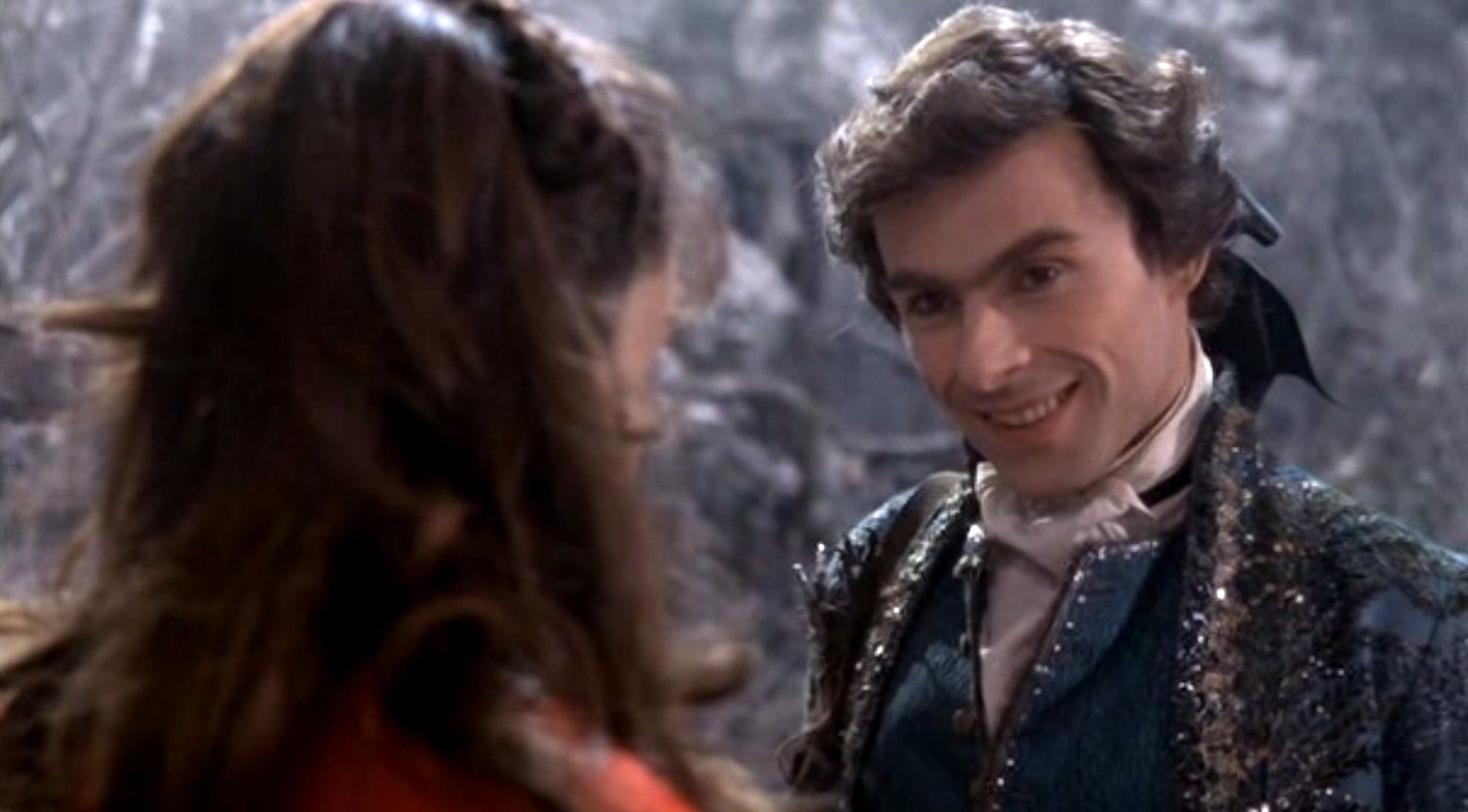 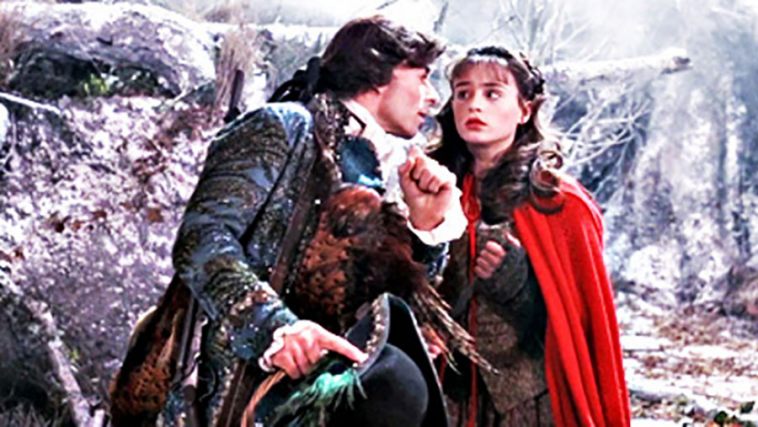