Its Friday ,and that means some little thoughts and feelings for your weekend. Just some completely unnecessary stuff I found on Tumblr, Its not all puppy dogs, and rainbows, but I hope you get a few laughs, and are encouraged to think about something a little differently.

Here’s this long thread about the “Demon From Hell Family” and how they manage to assimilate into an American suburb. This whole thread was based on this random photo found on the internet, and so thoroughly tickled me, I couldn’t help but save it here:

Earlier this year, Bill Maher, the comedian talk show host had a whole lot to say about people who read comic books, and like superhero movies. I’ve enjoyed comic books my whole life, and yes, it’s a way of keeping the wonder of my childhood with me always, but I never shirked any of my adult responsibilities to do so. So Miss Valente had to set his ass straight: 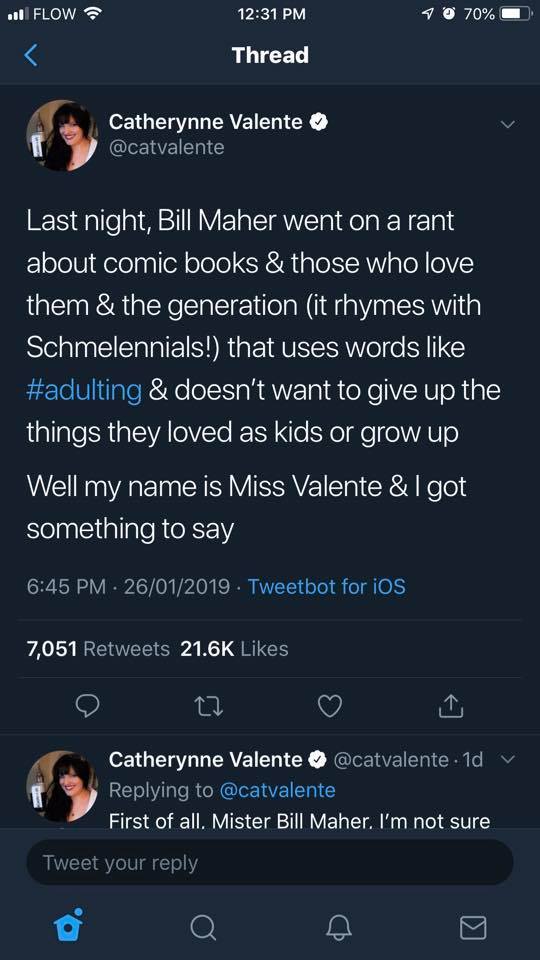 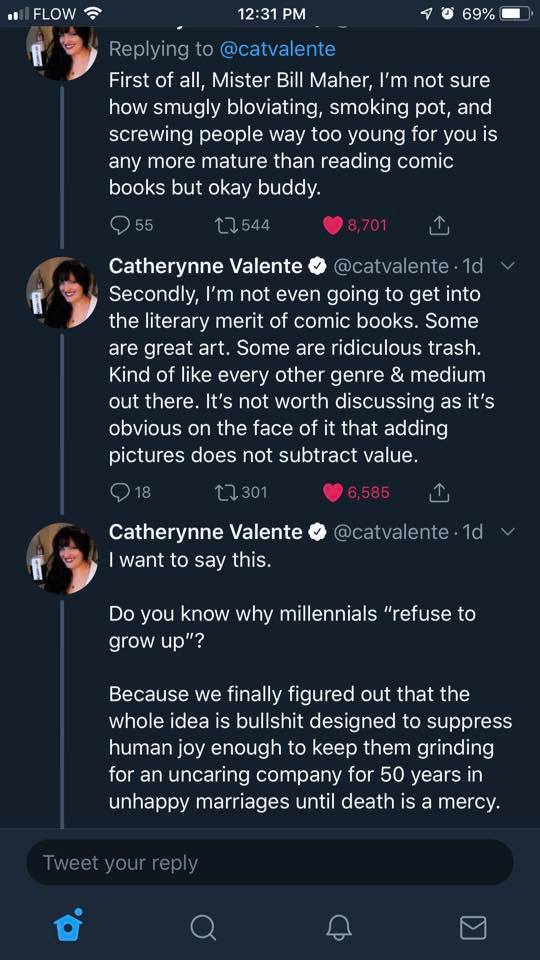 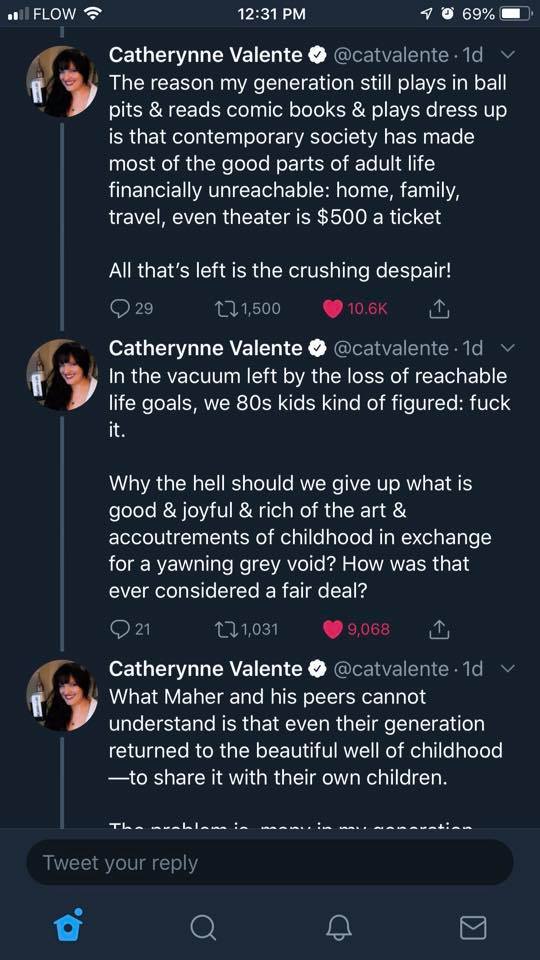 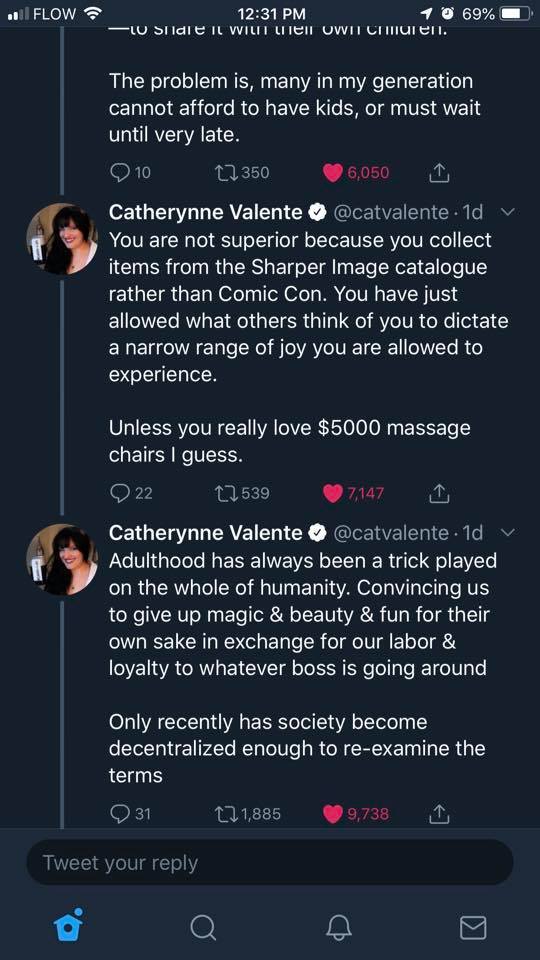 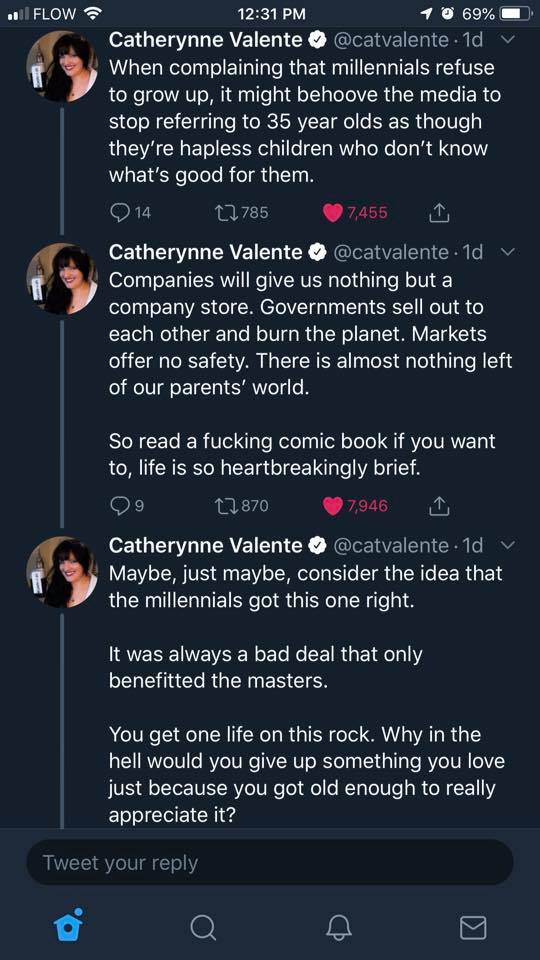 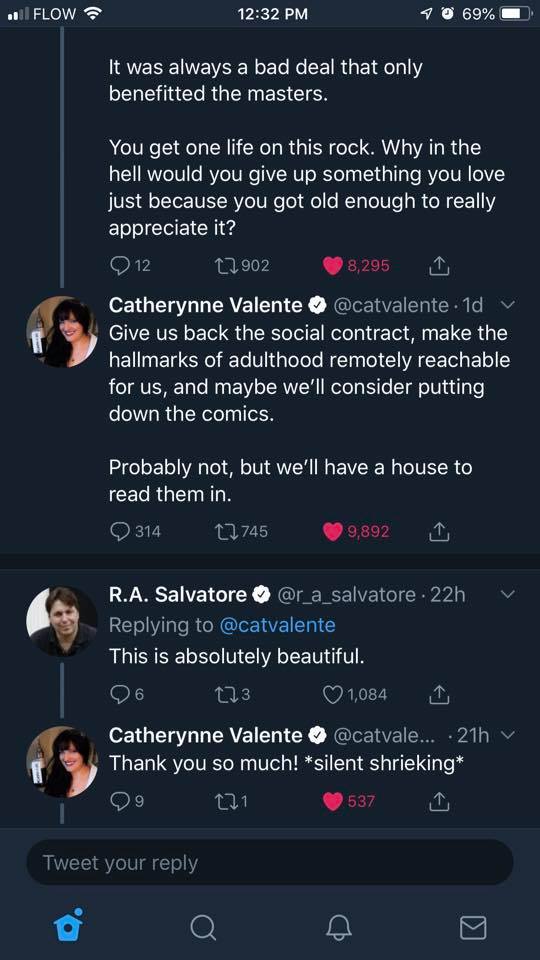 Here’s a thread I found very necessary, about how people who treat fat people like shit, aren’t interested in them losing weight, no matter how much they claim to give a fuck about their health. If they gave a damn about the health of fat people, then that person’s mental and emotional health would also be a factor, and I don’t see how traumatizing, bullying them, and causing emotional distress, is somehow supposed to help them. Miss Allison correctly states that fat-phobia is mostly helpful to making them feel good about themselves, at the expense of others.

Actually this is a truism across all power dynamics, and marginalized groups of people. The people vilifying marginalized people want to punish them, and make them suffer. They are not interested in people being equals or becoming treated in a less marginalized manner. 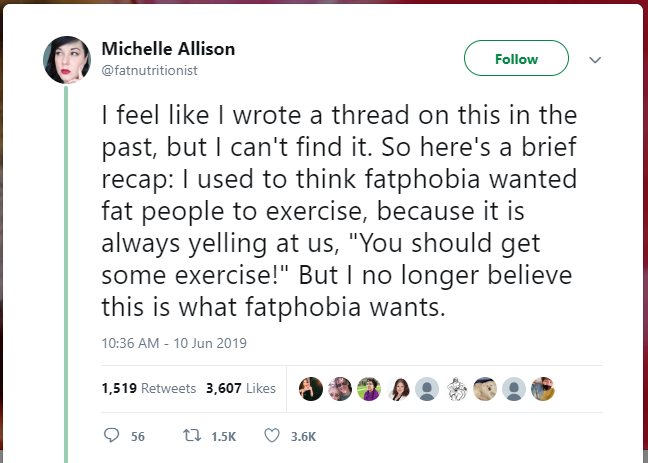 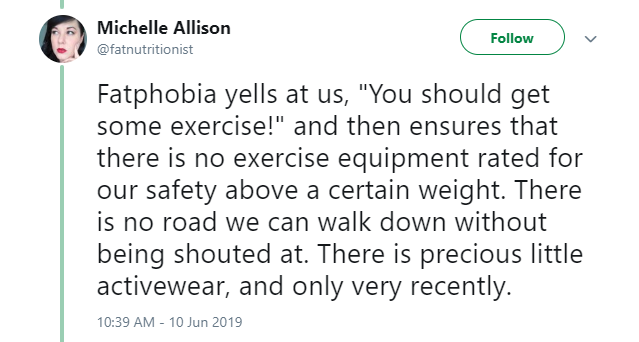 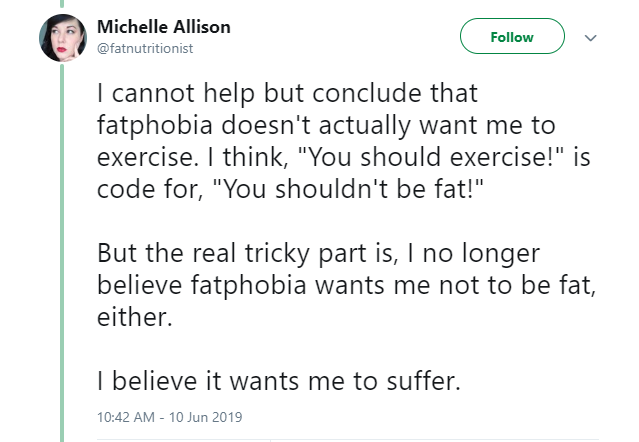 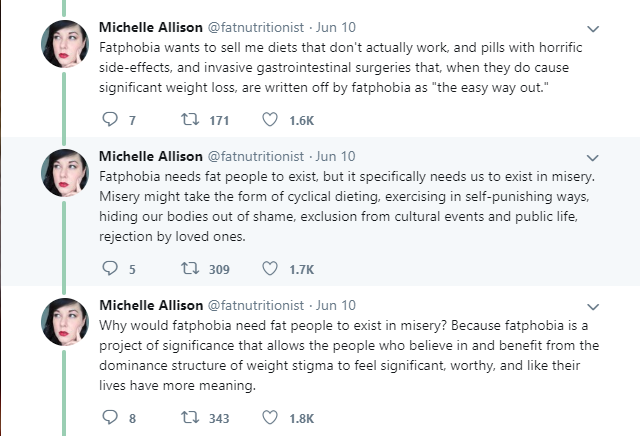 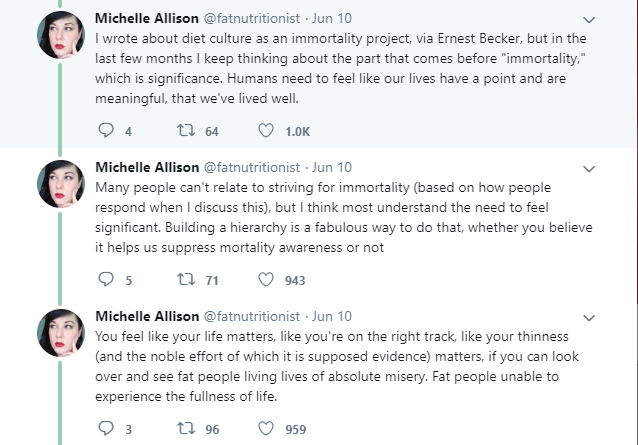 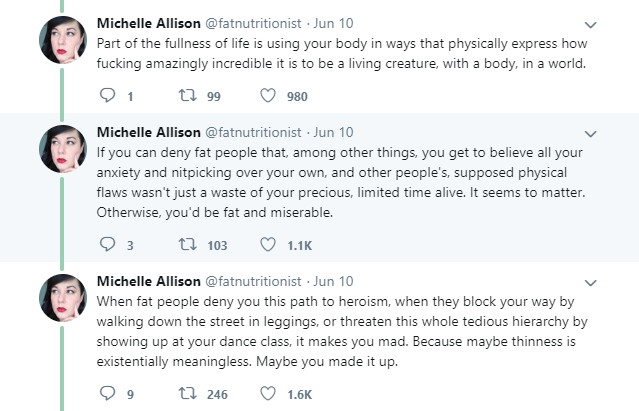 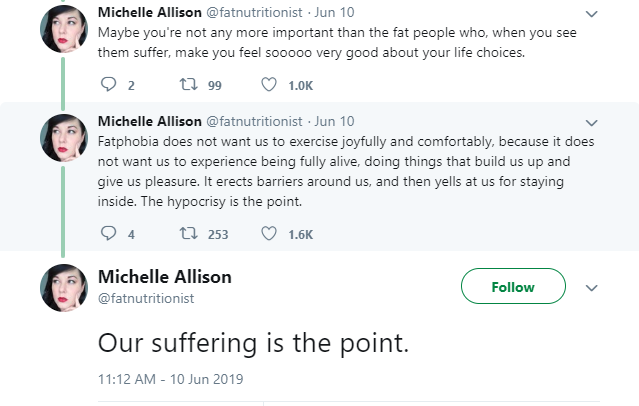 This tiny history on the creation of “Race”.

The racial categories that we’re familiar with developed only 200 years ago, primarily by England and Spain. Otherwise cut off from the rest of the world, England kept on invading Ireland, labeling the people as savages — in fact, the cruel saying “the only good Indian is a dead Indian” first circulated in England as “the only good Irishman is a dead Irishman.”

A little less than 2,000 miles away from England, Spain, loyal to the Catholic Church, was offering the Jewish and Muslim people under their rule three choices: “leave, convert, or die.” While many Jews and Muslims converted to Catholicism to escape persecution, church leaders questioned their sincerity, leading to the 1478 Spanish Inquisition, during which “interest in religious purity morphed into an obsession with blood purity,” as Matthew Desmond and Mustafa Emirbayer write in Racial Domination, Racial Progress.

In both England and Spain during this time, nationalism and capitalism began to rise. To satisfy Europe’s growing sense of nationalism and hunger for capitalism, the Age of Discovery began — “or, from the standpoint of the indigenous people of Africa and the Americas, the ‘Age of Terrorism,’” write Desmond and Emirbayer. When Christopher Columbus “discovered America” — aka happened upon an island in the Bahamas that was already inhabited — the Americas were populated by approximately 50 million to 100 million indigenous people.

With Christopher Columbus’ lead, the Spanish colonized the Americas; the English followed a century later. From 1600 to 1900, 90 to 99 percent of America’s indigenous peoples died as a direct result of European colonization.

With the rise of nationalism, capitalism, and European discovery of the “New World” — which, again, was only “new” from a European perspective — a different worldview was desired to make sense of it all. Through colonialism, “race” became a key element of that worldview.

Whiteness remains the dominant category today — other races are compared and contrasted relative to it.

To further their capitalist interests in the “New World,” the English needed a labor force. So, indentured servitude started. Indentured servants were often kidnapped. They included Irish, impoverished English, indigenous, and African people. (Note how the English and Irish are identified as people from two separate nations, whereas indigenous and African people, all from different nations, are considered as two monoliths.)

Indentured servitude evolved into chattel slavery. Among all other indentured servants, why were Black people singled out to be enslaved? It couldn’t be Native Americans, because their numbers were reducing rapidly, they could escape their captors more easily since they were familiar with the land, and they were already relied upon as trappers in the lucrative fur trade business. It couldn’t be the “savage Irish” because, upon escaping, Irish slaves could “blend in” with their English captors.

Africans, however, could not blend in. Furthermore, Africans were not accustomed to the American landscape, making escape from captivity more difficult; they were also immune to Old World diseases, unlike Natives, and many were already farmers. Africans soon came to be seen as “the perfect slaves” and originally not strictly because of their Blackness.

Thus, Whiteness and Blackness were born: “twins birthed from the same womb, that of slavery,” write Desmond and Emirbayer. The White race began to be formed “out of a heterogeneous and motley collection of Europeans who had never before perceived that they had anything in common.”

Whiteness remains the dominant category today — other races are compared and contrasted relative to it. Whiteness positions itself against ideas of, among others, Blackness, Indigenousness, Asianness, and Hispanic-ness. This is why people of color, rather than White people, will frequently be identified by their race. Whiteness has become the norm.

Yeah, this was my reasoning behind why w should give the more disingenuous bigots exactly what they ask for and teach a  White History month, because I get tired of people asking this question every year in February, during Black History Month,, and then conveniently forgetting all  about it, come March. 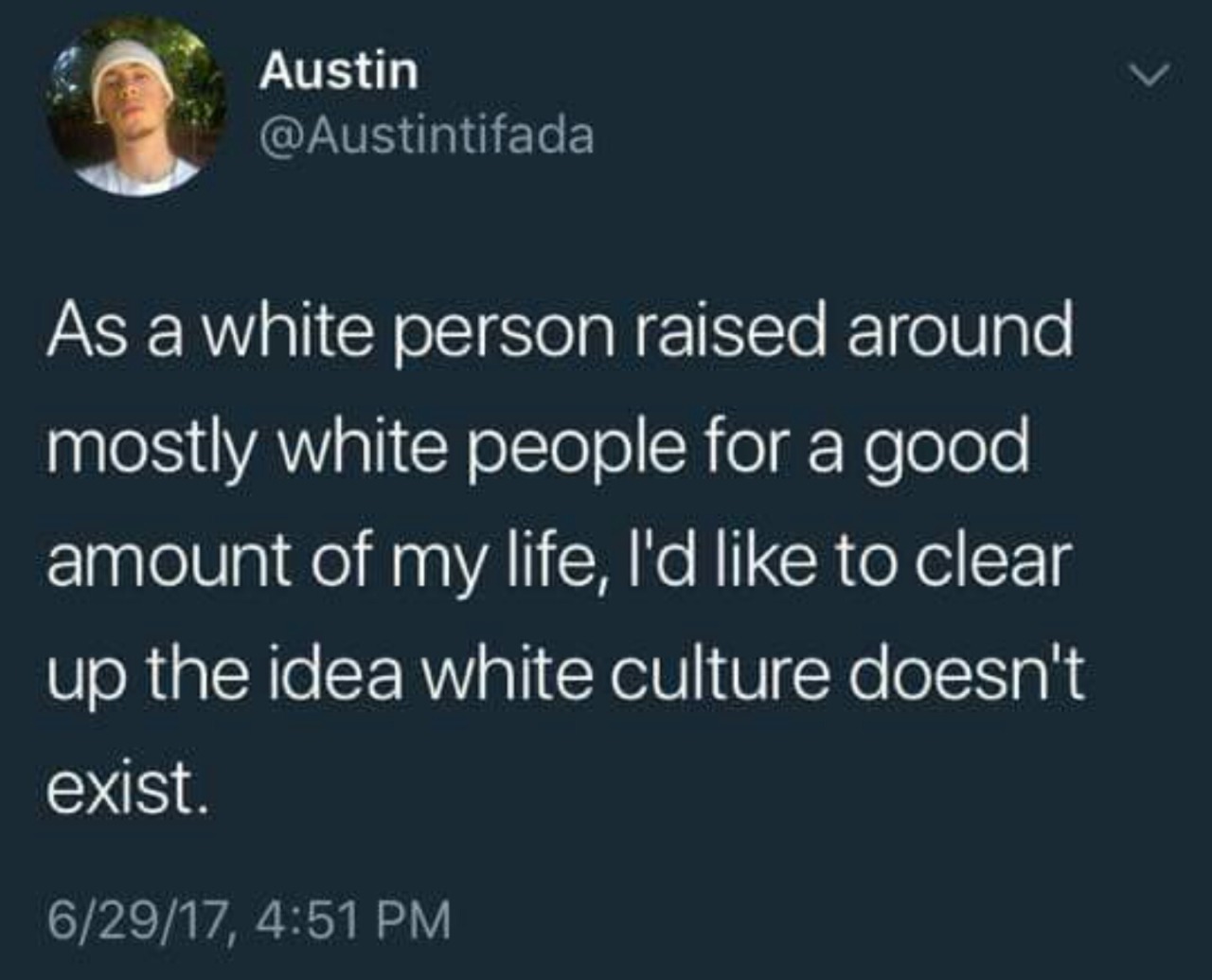 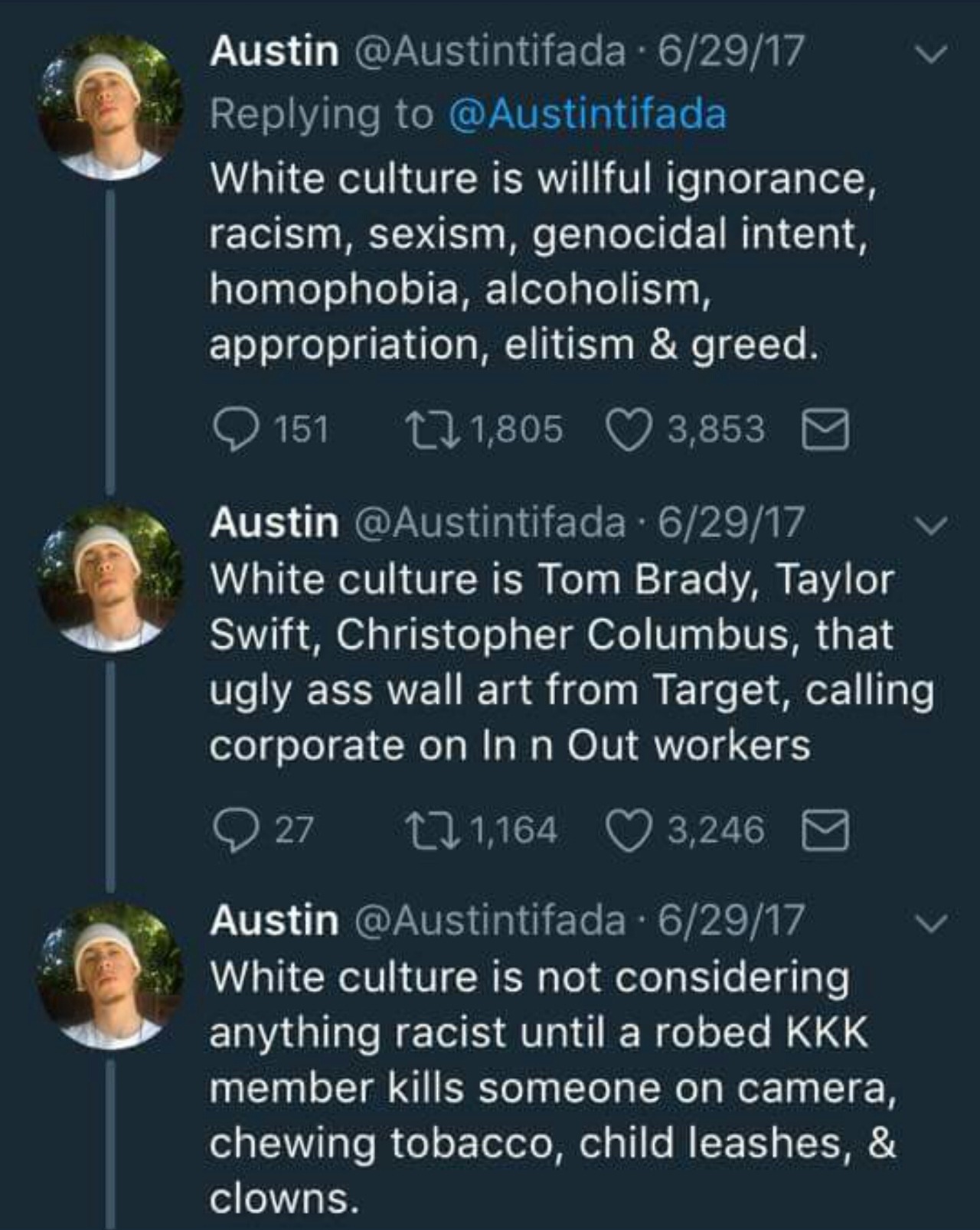 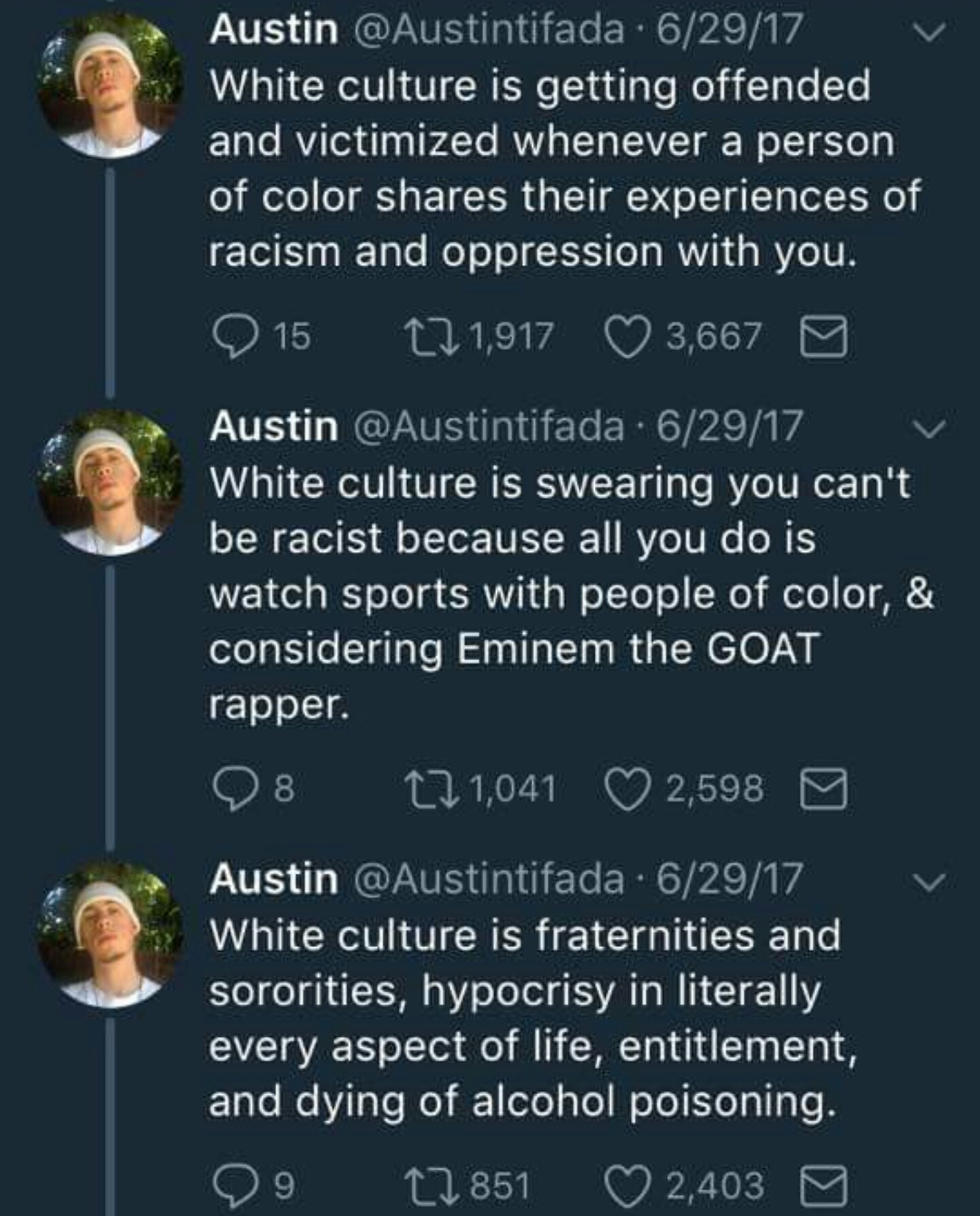 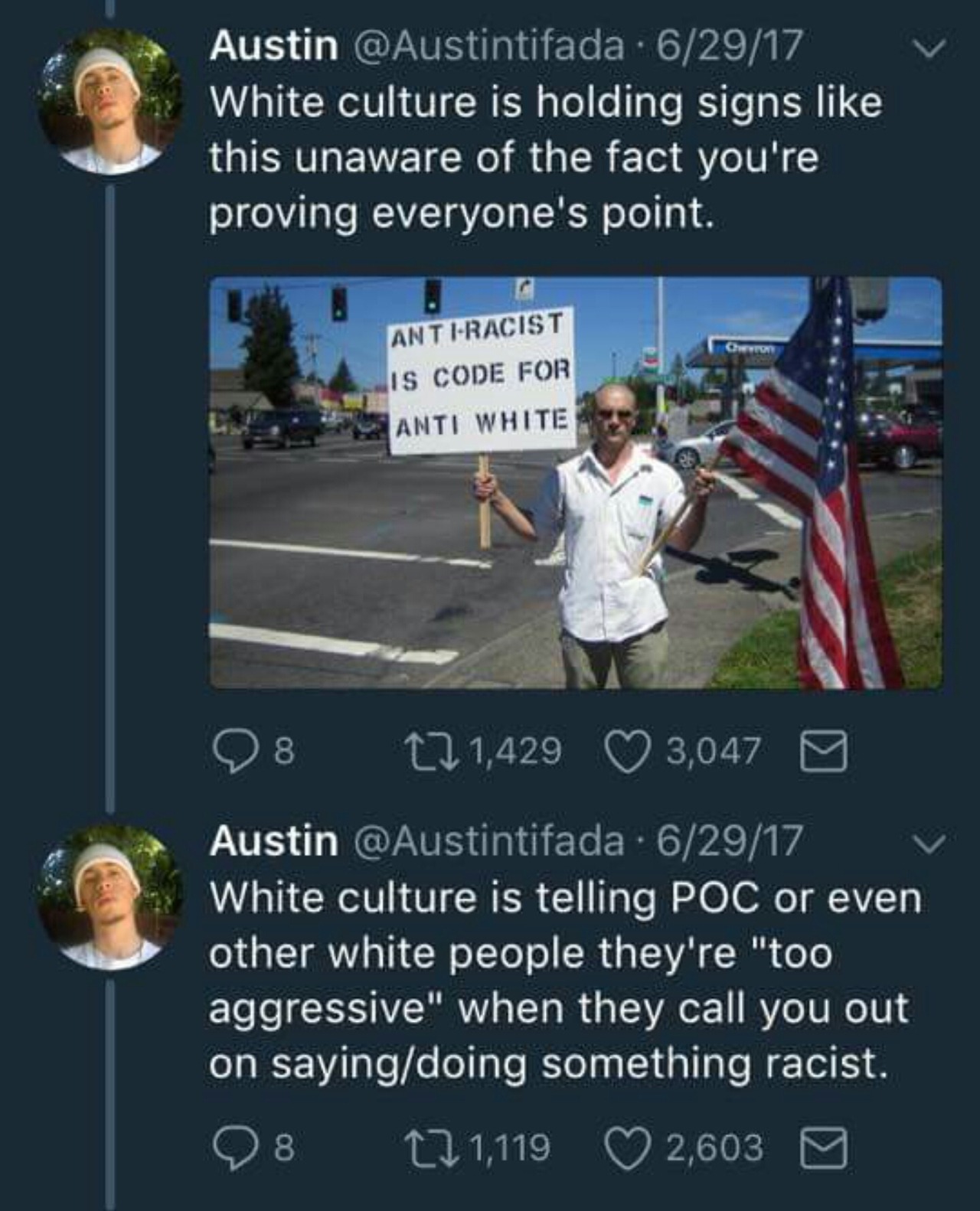 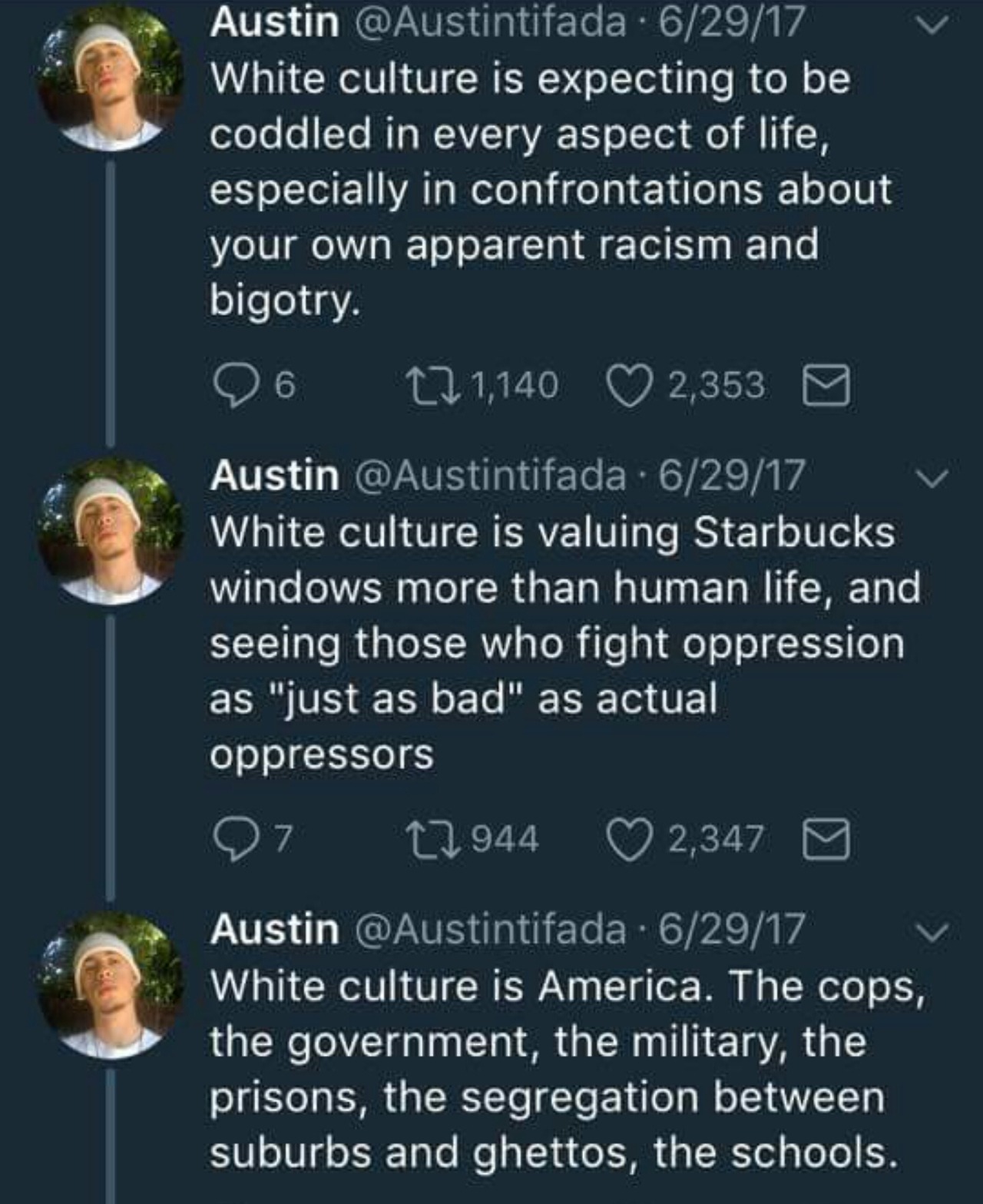 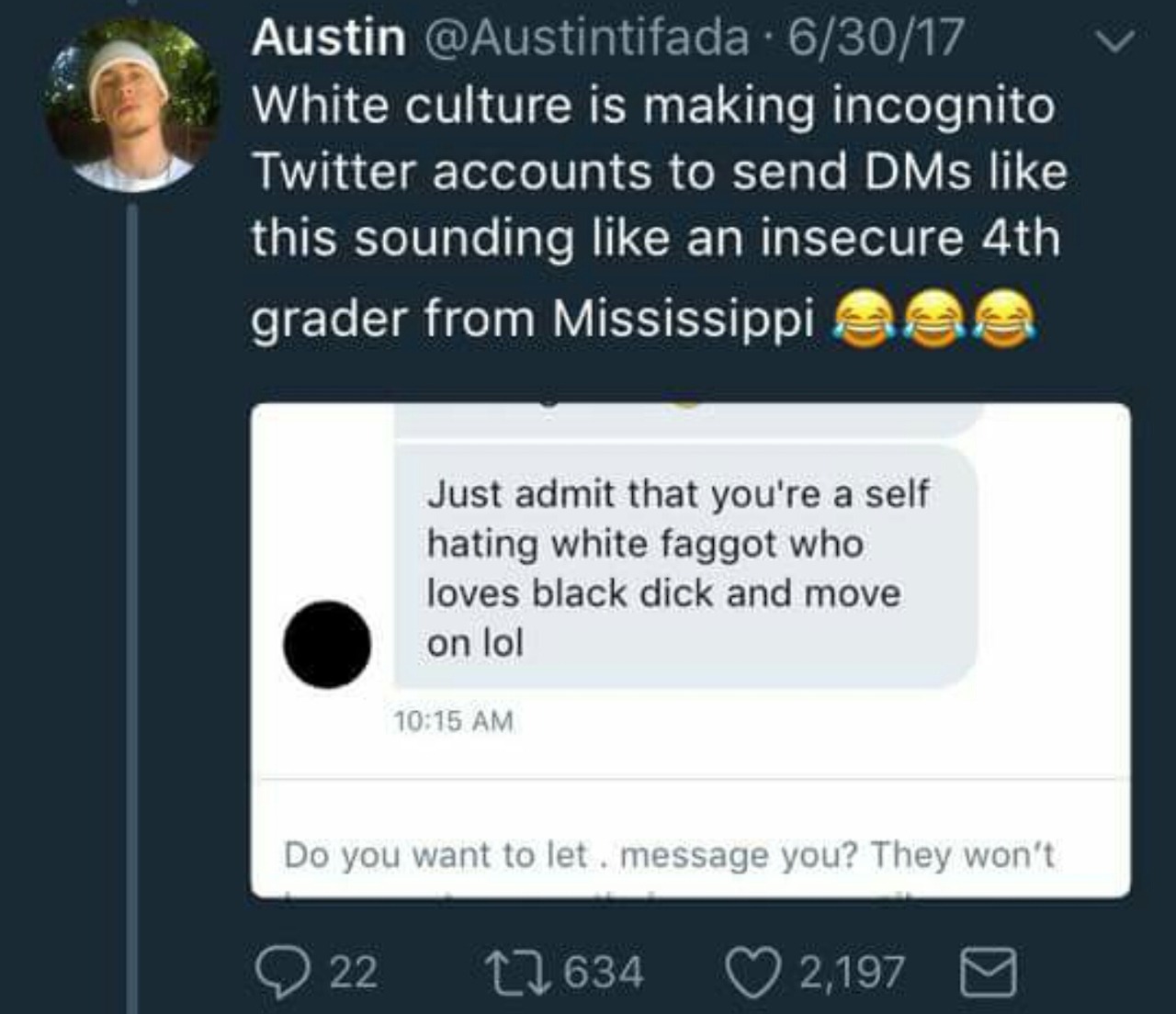 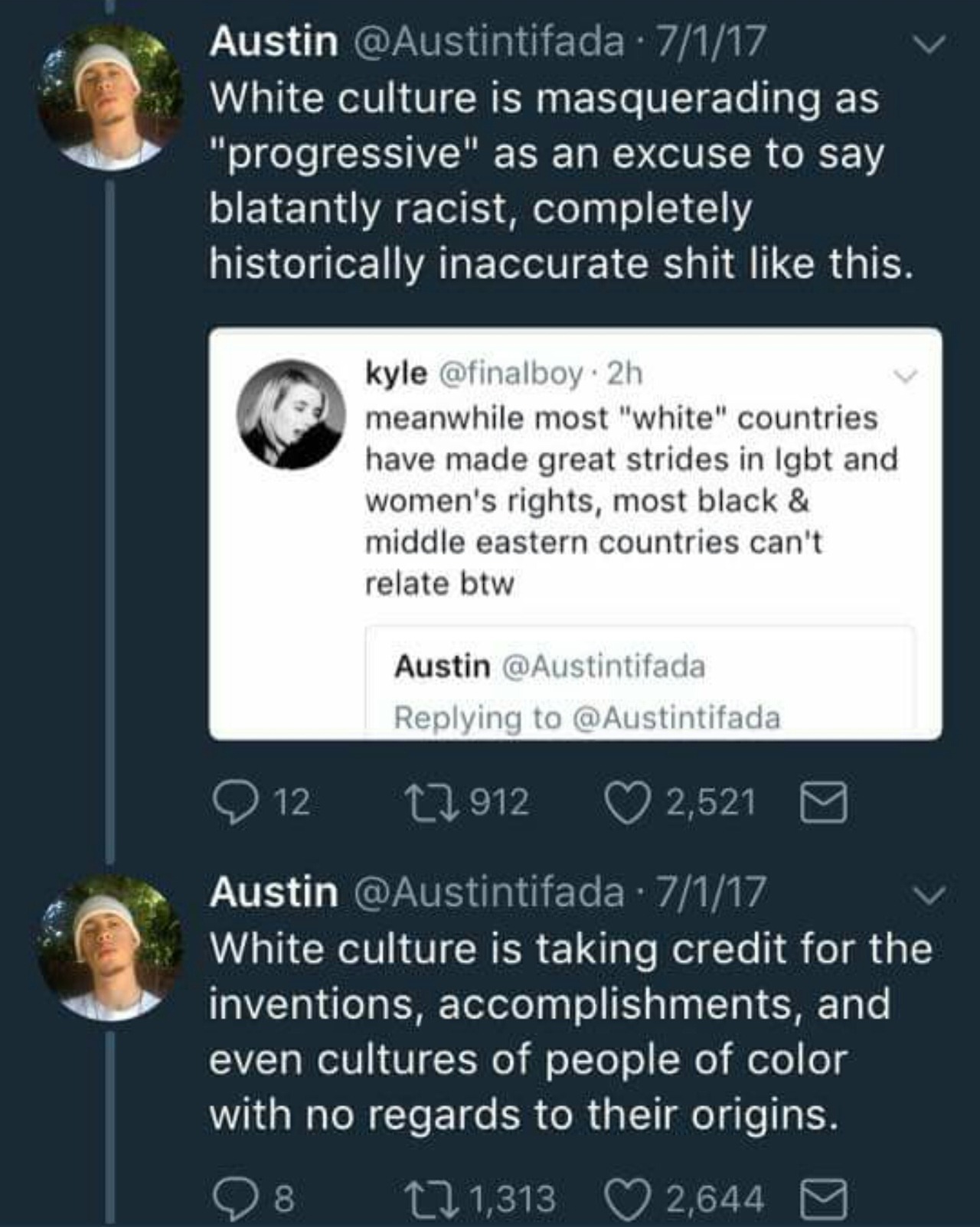 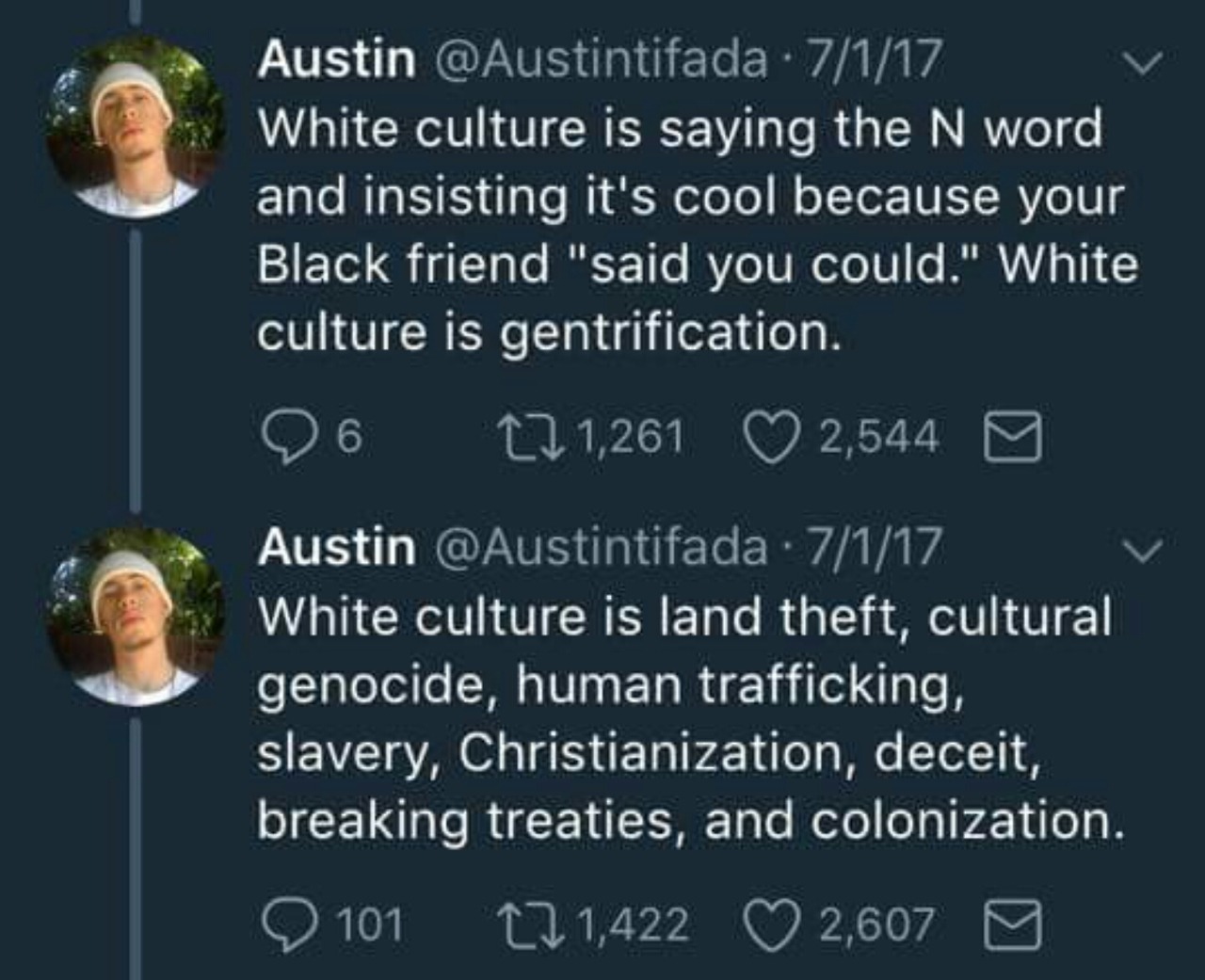 Dr. Who said it himself: History has been Whitewashed!

Literally the only reason people think the past was all white is racism in Hollywood. All the images of the past that you think are accurate from TV shows & movies produced during Jim Crow are actually fictional representations of what racists wanted the world to be like instead of their reality.

That’s why you have people arguing that Egypt isn’t in Africa and that Cleopatra looked like Liz Taylor. That’s why you have period pieces set in London with none of the Black Victorians, Chinese sailors in Limehouse, or Jewish communities. That’s why you don’t see the drag balls that were common in New York, Chicago etc. You don’t even see the diversity of Roman citizens or the Moorish Empire. Next to nothing about women of color at any point in history, despite them being inventors, pioneers, and artists who changed the world.

Gee, it’s like media representation has an impact across time. Like, maybe producing media that isn’t inclusive contributes to ignorance, erasure, and perpetuating racist, sexist, homophobic propaganda. If you’re still producing these bland historically  inaccurate shows in 2015 that’s not about historical accuracy, that’s about your internalized bigotry. .

“The salient fact of American politics is that there are fifty to seventy million voters each of whom will volunteer to live, with his family, in a cardboard box under an overpass, and cook sparrows on an old curtain rod, if someone would only guarantee that the black, gay, Hispanic, liberal, whatever, in the next box over doesn’t even have a curtain rod, or a sparrow to put on it.” 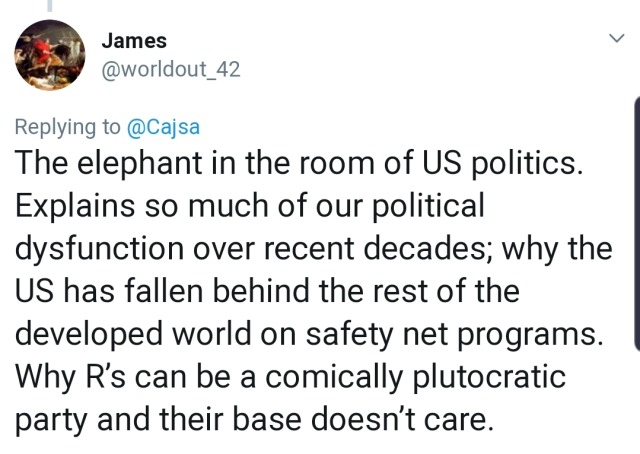 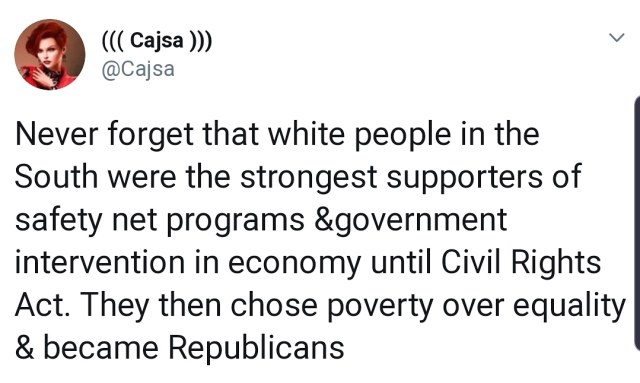