Saito: Do you want to take a leap of faith? Or become an old man, filled with regret, waiting to die alone!

In the movie Inception, this is a mantra shared between two  of the primary characters, Saito and Cobb. At the beginning of the film Saito asks Cobb if he wants to take a leap of faith, or die an old man filled with regret, and that question is enough to move Cobb to accept his offer. He is asking for Cobb’s trust because the two of them need each other. This is paralleled at the end of the movie, when Cobb repeats these words back to Saito.

Dying old, alone, and filed with regrets is the nightmare scenario  of the Action and Western film genres, as ex- killers, full of the guilt and shame of what they’ve done, seek redemption through killing for a good cause. This can take the form of revenge for a life lost, or the saving of a life that has meaning to them. Some of  its most famous incarnations are William Munny from Clint Eastwood’s 1992  movie, The Unforgiven, Robert McCall from the 2018 Equalizer franchise, Walt Kowalski from the 2008  Gran Turino, the 2017 Logan, Liam Neeson’s Taken trilogy,  John Creasy, from the 2004 version of  Man On Fire, and the 1953 Shane, starring Alan Ladd.

Movie history is full of old men,  filled with the regrets, waiting to die alone, until something, or someone, moves them enough to risk coming out of retirement, often to attempt atonement for their past misdeeds. These are men beset with trauma. They are damaged killers who have committed questionable behavior.. Because of that, they are emotionally disconnected from other people, and sometimes  from themselves, until fate provides one last opportunity for personal connection, that gets taken from them. Often the person they’re trying to save is a stand in for their more innocent self, which is why this is often a child. The child is a stand-in for their lost innocence ,so in saving that person, the killer can symbolically save their former self.

Taking a leap of faith to form that emotional connection is the key. Often the former killers have locked themselves away from personal connections, feeling that they do not deserve to have love, or trust, or any human attachment, because they are bad men, who have done horrible things. They believe they are separate from the rest of humanity, and that they are unworthy of being a part of it, until someone (often a child) makes them realize there may be hope for them after all, and that they are not irredeemable.The child’s love and trust is a sign that they are salvageable. That they are “good  “men.  An innocent’s hand is offered to them, and they can take that leap of faith, one of the bravest acts a person can perform, or they can continue to dwell in their emotional abyss, and die alone, and unloved.

Sometimes it is the innocent’s belief that the main character is a good person who will save them, that is enough to spur them into action. This is the basic plot of the 1953 movie, Shane, which is heavily paralleled, and referenced, in the 2017 movie, Logan, although the outcomes of these movies are very different. In Shane, Joey is a little boy who is drawn to Shane and idolizes his lifestyle as a gunslinger. In Logan, Laura is Logan’s genetic daughter, who idolizes his life as a comic book hero.

At the end of some of these movies, the ex-killer must go into exile, because they feel they cannot live with “normal “people. Alan Ladd plays a gunslinger who wants to retire from killing, to  become a farmer, but is called back into battle, when the woman and child he comes to care for, are endangered by an unscrupulous land baron. The townsfolk know he is a killer, but they look up to him, and think of him as heroic, but at the end of the movie, Shane cannot live in the valley with the farmers. He leaves because he feels he does not deserve to live a life of peace among normal people. He is a killer and is not the type of man who can live with people who have never lived that lifestyle, because he is too corrupt. Sacrificing the life he hoped to have is his punishment for having taken up the violence he’d previously rejected.

In the movie Serenity, the Assassin sent by the Council to collect River Tam, says that he kills to make a better world, but he knows he will never be allowed to live in that better world, because such a world has no place in it for the corruption he represents, and this is Shane’s predicament.

More often, at the end of these stories, the killers must die, because that is the price for having  picked up the sword again, although they are often happy to die, because they killed (and died) for a good reason, rather than whatever reasons they  feel regretful for. Many of them were ruthless killers in the  past, killing people for money, sport, or war. Some of these characters share more than a passing resemblance to the men they are trying to kill, because these bad men represent their past selves, and in killing them, they destroy their own evil past,  and can die at peace, knowing they did at least one “good” thing before they died.

In Logan, the Wolverine has “retired” from a life of killing. He isn’t The Wolverine any more, and no longer “saves” people, but he is forced back onto the killing  field, to protect the “daughter”, to whom he has become emotionally attached. He dies in Laura’s arms, having redeemed himself for, as he once said, “…being the best there is at what I do.” Throughout his long life Logan had been the personification of death, relentless, inevitable, and unstoppable, as we see in the scene in the hotel, when Logan kills an entire room of armed men to save Charles Xavier. Logan also encounters a  younger, stronger, and more ruthless version of himself, that was made from his DNA. Logan must  literally kill his evil, past self, only then can he die at peace.

In Man on Fire, Denzel Washington plays John Creasy, a former government assassin, who is so haunted by his past deeds that he has become suicidal. He has killed a lot of people in service to his country, feeling shame,  guilt, remorse, believing himself a monster, but  his soul is saved when  he falls in love with a little girl he was hired to protect. When Lupita’s life is endangered, he comes out of retirement, and uses his former killing skills to take revenge on the people who took away his one chance at happiness. Lupita entered his life as a reward for giving up his old one, showing  him that it was okay for him to live and love again 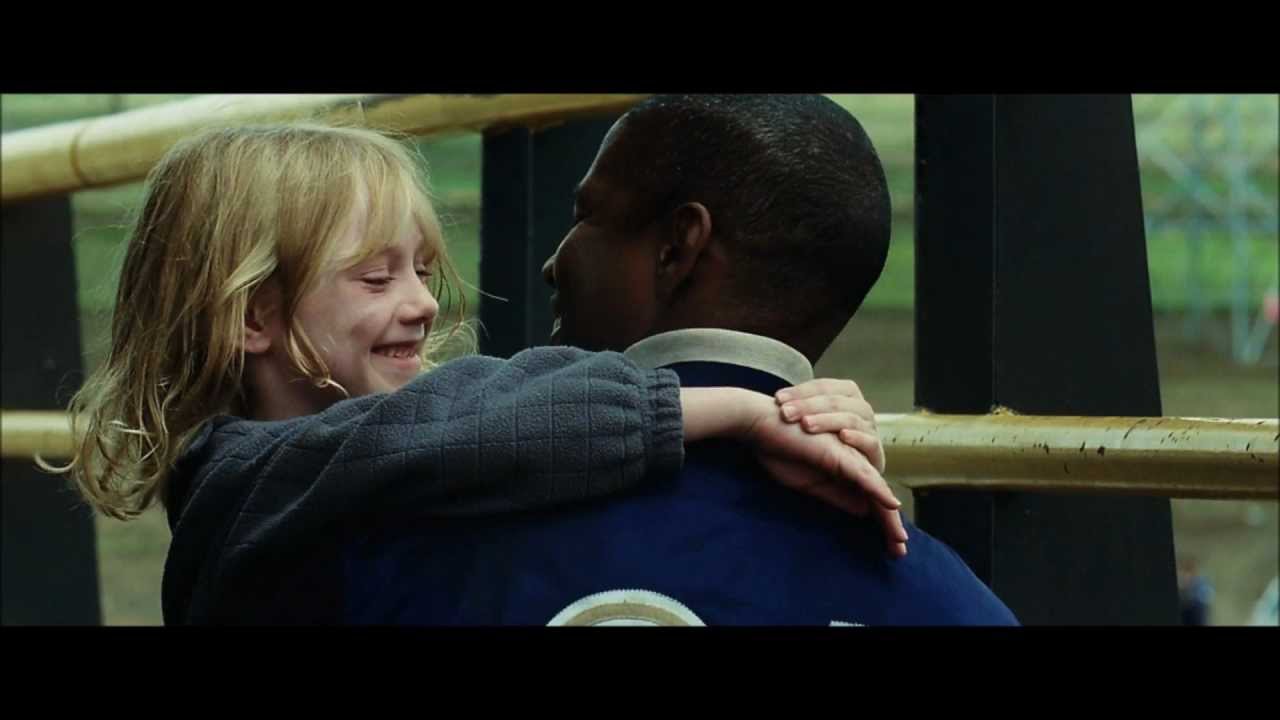 For Creasy, Lupita’s love is a sign that he is worth saving, and that he is a good man. Her unconditional love and trust redeems him. When she is taken from him, he has the option of letting it go, and walking away, but  without Lupita there can be no redemption, and if he is going to die, then he wishes to do so in a blaze of glory, punishing the men who took his life, both literally and figuratively. In the end, rescuing Lupita from her captors will be his atonement for a life of sin, but his death is the price  he must pay for killing again, no matter how deserving his victims, or righteous his cause.

During the movie Creasy has several conversations with his friend Rayburn, and with one of Lupita’s teachers, on the nature of sin ,and atonement. He asks Rayburn if he thinks God will forgive them for the things they’ve done, and he tells Lupita’s teacher that he was the sheep that got lost, when she asks if he sees the hand of God in what he does, quoting  the scripture: ‘Do not be overcome with evil, but overcome evil with goodness.’ In Creasy’s final killing spree, he  is righteousness personified. He has become the hand of God, a Christlike figure, (even to the point of having a stigmata like wound in his side), who once saw nothing good in his ability to ruthlessly  take lives.The man who, early in the film, wanted to take his own life, willingly sacrifices that life to save his chosen daughter.

In the movie The Unforgiven William Munny, a famous gunslinger, has retired to a country life, but he is goaded back onto the stage when a young man who idolizes him, puts his life in danger by trying to emulate him. In The Dark Tower, Roland Deschain, the famous Gunslinger of Eld, has given up hunting The Man in Black, until he is pulled from “retirement” by a young boy he befriends, whose life is endangered by the MIB. In the movie John Wick, however, the spur out of retirement is the death of his dog, (the last remembrance of his late wife), caused by a local mobster’s son who came to rob his house. The dog is his last link to his old peaceful life, and with it gone, there is no point to trying to live peacefully. Like John Creasy, he aims to go out in a blaze of glory to avenge his wife’s memory.

If these men are lucky, they get to ride off into the sunset, but that is no relief either, as they may yet die in their beds, as old men filled with regret, but more often than not, there is a price to be paid for picking up weapons and taking lives again. They must sacrifice their life for taking up a lifestyle they’d rejected, and this is seen by these men as better than dying alone, and unloved, regretting all the evil they’d done.

“Life is too short to wake up with regrets. So love the people who treat you right. Forget about those who don’t. Believe everything happens for a reason. If you get a chance, take it. If it changes your life, let it. Nobody said life would be easy, they just promised it would most likely be worth it.”
― Harvey MacKay

I am a total Dark Tower stan! I’ve read the entire series, multiple times (and if you’ve seen the size of those books, you’ll understand what a feat t﻿hat is). I’ve read all the comic books, the Compendium connecting all of the other King stories to the series, and I’m totally GirlGeeking on this movie. I wanna see it just to hear the Gunslinger’s mantra spoken aloud. (You have not lived until you’ve seen, an ostensibly, grown ass woman, jittering around in her bunny slippers, over a movie!)﻿

Well, the story here appears to be a conflation of many of the books. Certain characters don’t appear, but the basic premise outlined in the movie, is distilled from all of the books. The Dark Tower has beams that hold all of the  alternate worlds in place. If it falls, all the worlds will be destroyed, as they bleed into one another. The books are a lot more complicated though. (For example Walter O’Dim, aka the Dark Man, is an alternative world version of The Walking Dude from the The Stand, which is a version of Earth where humanity died from the flu.)

Plus, it’s Idris Elba, my future ex-husband. I have to support his career, so I will watch anything Iris does on screen!