This episode is about one of the more mysterious characters we have seen skirting the edges of the narrative, Akecheta, and his tribe Ghost Nation. This lends some insight into the tribes creation and motivation ,and their connection, from the beginning to Maeve’s story.

I thought Akane No Mai was going to be my favorite episodes of the season, but I think this episode has overtaken that one as being my most favorite..

A lot of people have reviewed this episode, broadly considered to be one of the most beautiful episodes aired this season. Rather than review it myself, I’m going to leave these here.

Note some major points: The word Kiksuya means : Remember. The episode is subtitled, with Akecheta speaking the  Lakota Sioux language. Akecheta’s entire story is being told to Maeve through her daughter. The Deathbringer is none other than Dolores. (What if it turns out that Dolores is the villain of this series?) 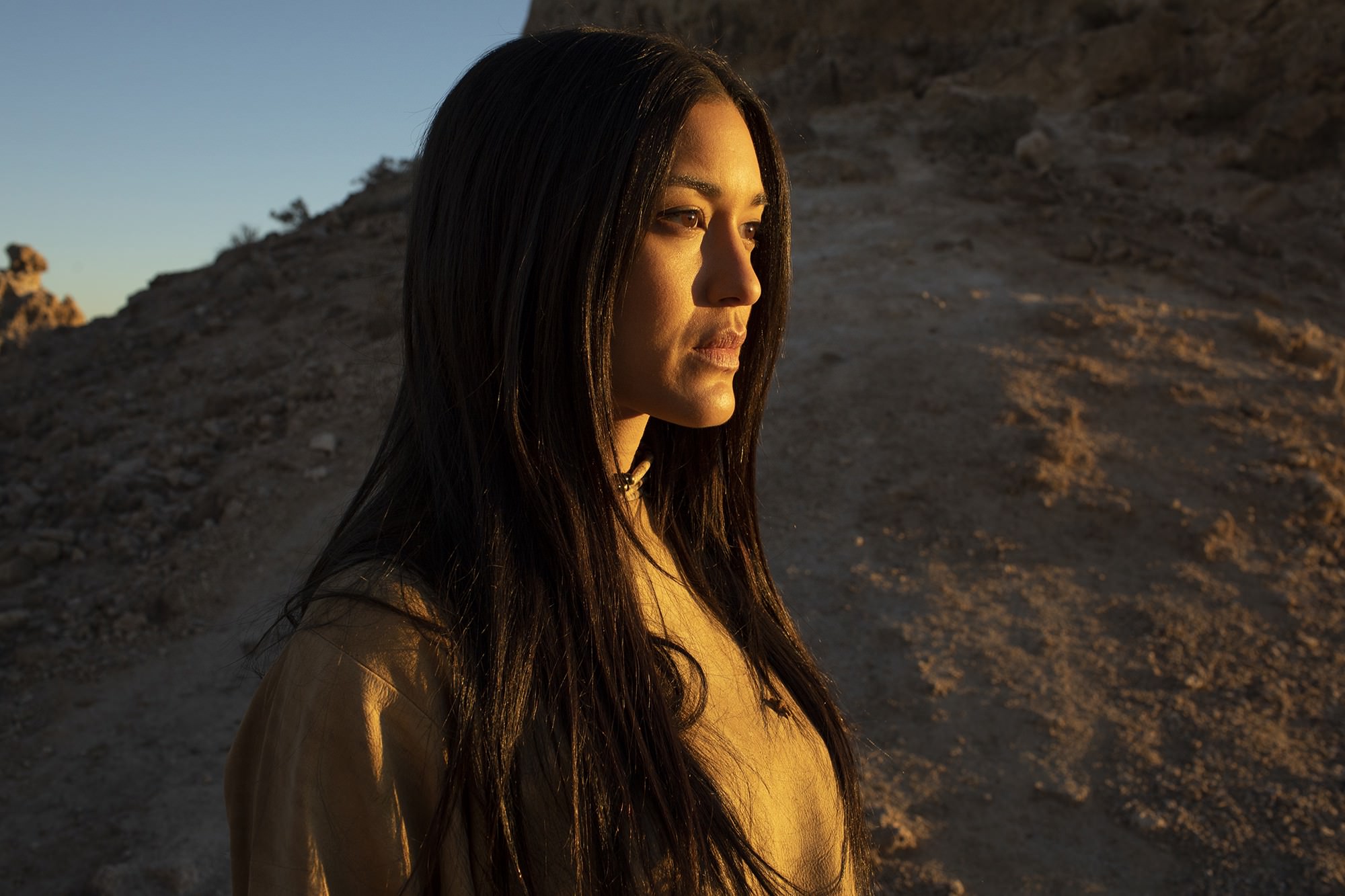 For the first time, Akecheta gets to tell his story, relating his life’s journey to Maeve’s (still unnamed, I think?) daughter as William lies bleeding out on the dirt nearby. It’s a wonderfully focused hour that builds to an actual conclusion—and while I’m not sure we learn much here that we didn’t already know or suspect, it’s still emotionally satisfying to spend this much time with a single character, getting to see how they came to be and what drives them. 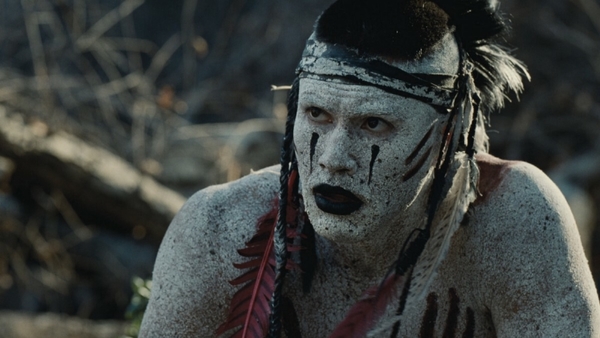 All told, it’s a little languid and could have lost 10 minutes without too much trouble. (There are a lot of gigantic landscape shots, which eventually grew repetitive.) But “Kiksuya” has the visceral emotion that the series often lacks, and McClarnon is a terrific leading man. This is probably my favorite episode of the season so far, which I would not have expected going in.

*In the episode, Akecheta ‘s story parallels Maeve’s story. When he comes to his realization that the world he lives in is false, he stages his own death (as she did), and when he wakes up underground, takes a tour of of the facility, and finds his way to the cold storage room, where he finds all the family and friends he remembered had simply gone missing, and been replaced with new and unknown faces.

The scene where Akecheta returns to the world above, and tells his friend’s mother that he saw her son in the underworld, (a son who has since been replaced with a man she knows is not him), and gives her a lock of his hair, is very probably the one of the most tearful moments in the entire series.

But Westworld is also, clearly, making a bit of incisive commentary on a character like Dolores assuming she’s either the first or most important child of Ford when, all along, the Native cultures were making their way towards enlightenment. This explains why, in Season 1, a young member of Ghost Nation dropped a carving of one of the Delos employees in the dusty streets of Sweetwater. This tribe has long known what was up.

But the show also reaches much further back, to ancient myths about lost loves and the land of the dead. Fans of Greek mythology might recognize shades of Orpheus and Eurydice—the story of the legendary musician who traveled to the Underworld to find his dead bride and try to bring her back to the land of the living. Akecheta and Kohana travel that same path. But as you might expect, there’s a reflection of that very same myth in Native culture. An Algonquin legend, “The Spirit Bride,” tells an almost identical story. “The Worm Pipe” tells a similar tale, but with a happier ending than either Orpheus or Akecheta manage to find. 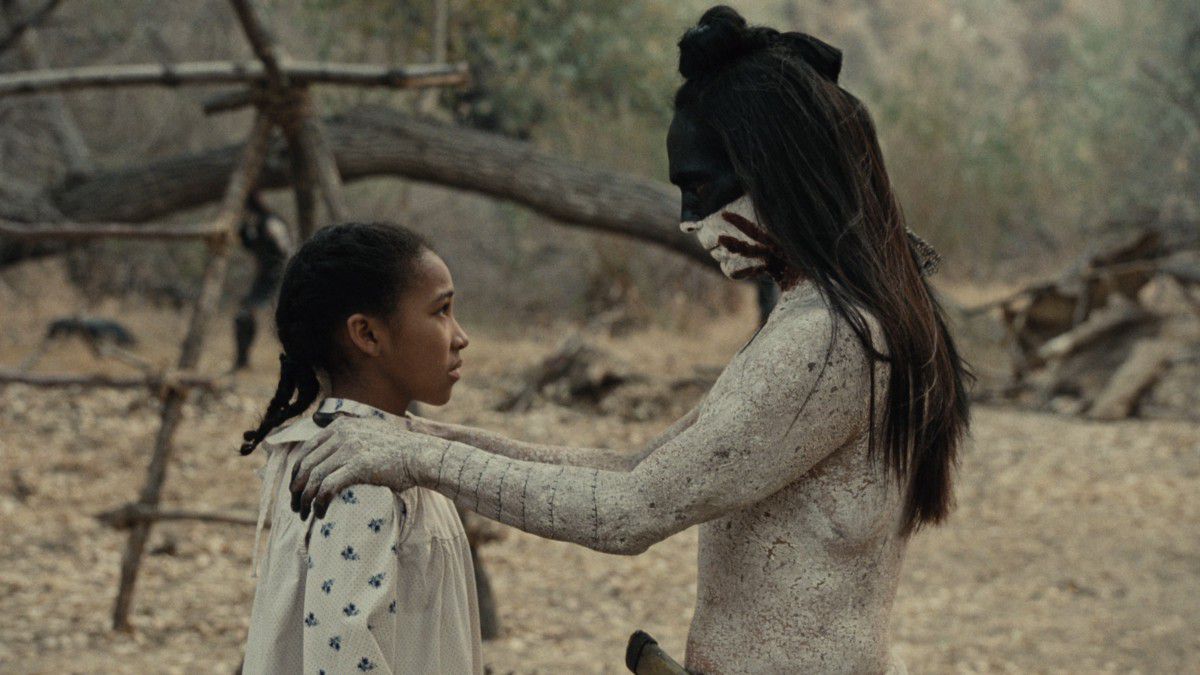 When Ghost Nation were introduced in the first season, they were faceless villains, made up in white and black paint (marked with bloody handprints), targets for hosts and guests alike to fight off. They were the backbone of Lee Sizemore’s gross, rejected new narrative centered on cannibalism, a garish attempt to jack up the stakes in a park already centered around murder and assault. In Season 2, there have been hints that they’re not the villains they appear to be.

It took one of its most underutilized cast members, placed him at the center of a storyline that directly addressed the series’ sci-fi conceit but combined it with real mythmaking power and then let him run. The warrior Akecheta may not save Ghost Nation and its many human captives, but he just might have saved this show.