As a general rule, I try not to post a whole lot of negative stuff on this blog, unless it’s directly related to Pop culture. There has been a lot of racist fuckery, just this month, that we’ve been dealing with. I am, at this point in my life, inured to (i.e. tired of) the abject stupidity of the American public when it comes to the subject of race, and hey! it is Black History Month! What I’m not gonna do is turn this blog into a space that chronicles White wtf*ery towards Black people. There are plenty of places on  the internet that already do that. Let’s celebrate some positive/happy stuff. Like I said before, “Don’t bring me no bad news!”

I’m going to focus on the positive, like the first, recorded, Black, onscreen kiss. They are so cute!

“Something Good-Negro Kiss,” the newly discovered William Selig silent film from 1898 is believed to be the earliest cinematic depiction of African-American affection. Thanks to scholars at the University of Chicago and the University of Southern California, the footage is prompting a rethinking of early film history. The performance by cakewalk partners Saint Suttle and Gertie Brown is a reinterpretation of Thomas Edison’s “The Kiss,” featuring May Irwin and John Rice. The film was announced December 12, 2018 as a new addition to the Library of Congress’ National Film Registry—one of 25 selected for their enduring importance to American culture. The 29-second clip is free of stereotypes and racist caricatures, a stark contrast from the majority of black performances at the turn of the century.

Bayard Rustin has been largely erased from the Civil Rights struggle. I wonder why.

Bayard Rustin was an openly gay Black man who was Martin Luther King’s right hand man. He planned the Million Man March and was subject to scrutiny for his sexuality and deemed a “deviant” and “pervert”.

Bayard Rustin can be found in nearly every picture of MLK yet he has undoubtedly been erased from history. We have to fix that.

Well then, let’s bring that name back. 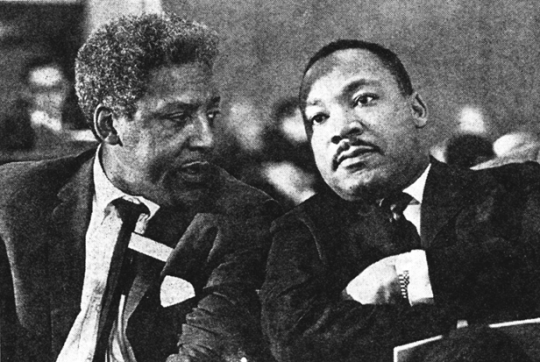 (the guy on the left in case you wondered)

Yeah he was literally the guy who was the head of planning the March on Washington.

If you want to learn more about him, there’s a great documentary on him called Brother Outsider: The Life of Bayard Rustin

You can watch the full documentary here (until March 31st, 2016)

I did a research project on him, Ella Baker, Claudette Colvin and Stokely Carmichael comparing their contributions to the Civil Rights Movement to the lack of recognition and misrepresentation they received in commonly used high school American History textbooks. All of these people played major roles in the Civil Rights Movement—almost on par with MLK—yet they go largely unnoticed or unfairly pushed aside not only during their time, but even now in classes on American History. These men and women deserve to be remembered.

There has always been a thriving Black film industry, especially for comedies and romances. Movies like Black Panther are not new, and it is mostly an outlier because of its sheer scale. But there a lots of beloved films about everyday Black life and romance that have little to do with the  stereotypes of mainstream Hollywood. 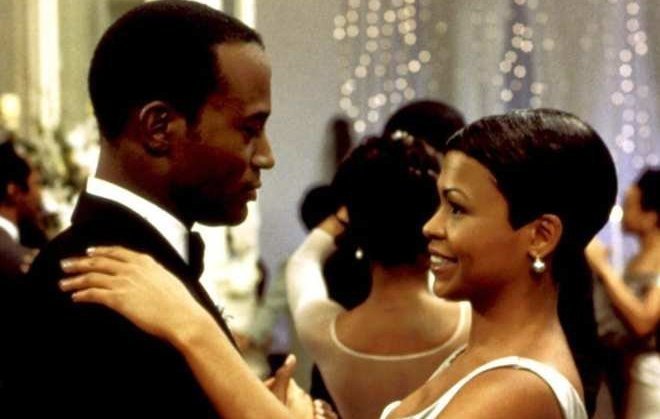 9 Movies That Changed The Way We Think About Black Love

Scan most lists of the greatest rom-coms of all time and you’ll notice that films featuring black leads are either gravely underrepresented or just flat-out missing.

You won’t find Eddie Murphy charming his way into the hearts of his leading ladies in any one of his 1980s or 1990s mega-hits. Or Sanaa Lathan and Omar Epps playing one final game of one-on-one and inevitably falling in love in “Love & Basketball.”

The pop culture writers who put together these lists are partly responsible, but they don’t take all of the blame. Hollywood has been slow to greenlight films for black and general audiences created by black moviemakers seeking to highlight black life and love in all its complexity and relatability.

Sure, Sidney Poitier came to dinner in 1967, but, by and large, black romantic portrayals were given the short shrift.

It’s high time we recognize some of these films. With Black History Month underway, we asked black writers and editors to share a film depicting a black romance that’s spoken to them through the years. Check out the whole list here.

This is just a beautiful collection of music that is by, for, and about, Black life. 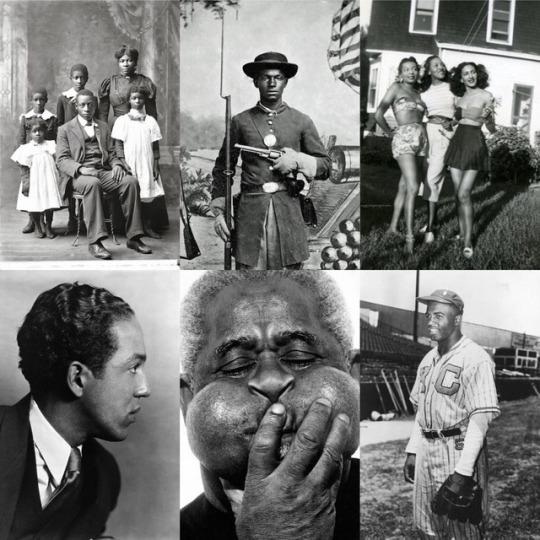 Be Real Black For Me – A Black-ASS playlist of classic tracks to uplift and inspire.

“I find, in being black, A thing of beauty: A joy; A strength; A secret cup of gladness.” – Ossie Davis

I couldn’t wind this up without a shoutout to my gay and lesbian brothers and sisters.

It’s February, which means it’s Black History Month! Similar to how I made an LGBTQ+ resource post for Native American Heritage Month in November, here are some resources for Black LGBTQ+ people (as always, feel free to contribute if you have more resources!)

Historical information from the US National Park Service:

And here’s some music to go along with your reading:

Have some links about forgotten Black heroes:

The story of Yasuke may sound like the plot to a Quentin Tarantino movie, but he did indeed don a kabuto as history’s only African samurai.Yasuke was abducted from his home somewhere in central or western Africa — or Mozambique, historians say — and sold to a Jesuit priest named Alessandro Valignano.

ONE OF THE pioneering polar explorers from the Golden Age of Exploration grew up as a poor orphan in Baltimore, and his achievements later in life were largely ignored because of his race. Bessie Coleman soared across the sky as the first African American, and the first Native American woman pilot. Known for performing flying tricks, Coleman’s nicknames were; “Brave Bessie,” “Queen Bess,” and “The Only Race Aviatrix in the World.”