This post is primarily for any of my readers who are not based in the US, who may have heard these things being referred to on Facebook and Twitter, but don’t know the meanings or origins.

What is a Karen?

You have probably been seeing this term everyhwere. White people keep trying to appropriate this term and diffuse it by using it for their own ends, because they don’t like the way its being used against them. It is a specifically Black term. We invented it, and it needs to be understood in that context.

This vlogger even goes into the different manners in which the term Karen is being misused. Its not about snitching, or acting irate, or someone with whom you politically disagree, and  is not meant to apply to ALL white women. Its meant to specifically be applied to  an incident involving a white woman that has a racial component. 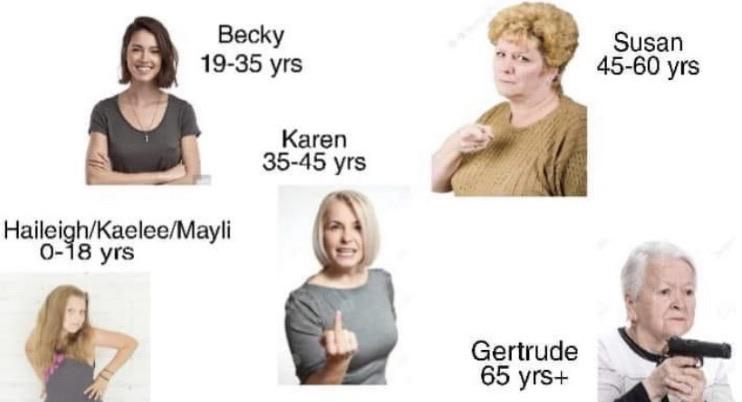 What is cultural appropriation?

There is a thin line between Cultural appreciation and appropriation. I generally subscribe to the idea that there must be some kind of social cache, or  monetary benefit, for the people doing the appropriating, and vilification and discrimination on the end of the people who produced the terms or  items.

From “the bomb” to “holla” to the very short-lived “YOLO,” black slang words often go through the cycle of being used by black people, discovered by white people, and then effectively “killed” due to overuse and a general lack of understanding of how to use these words.

I kept seeing this question all over the internet, and I think I briefly addressed this before in another post. Black Twitter isn’t actually a place on Twitter. You don’t sign up for it, you simply participate in it. Its basically a collection of hundreds, possibly thousands, of Black people (mostly African American although others in the diaspora are free to chime in) of all walks and persuasions, having conversations, sometimes innocuous, sometimes important, sometimes deeply funny or political, in a loose chain of followers and retweets.

Anybody can join in but if someone tries to join in with some racist drivel, they will not just get blocked, they will get dragged for filth. Their wigs will be snatched, tea will be spilled, virtual hands will be thrown! Black Twitter is not afraid to call out individuals, international corporations, and even each other and has officially changed the dialogue on dozens of important issues in globally.

Trust me when I tell you, Black people know Black people, and we can always tell when someone is being inauthentic. There have been and continue to be, lots of attempts to infiltrate Black Twitter to introduce misinformation to the Black community, but one of the big things about Black Twitter is if you’re not a part of Black culture,  you can’t. (I am not currently on Twitter, but being deeply embedded in the culture means I can probably jump in anytime.)

What is A Hotep?

Answering one question can often lead to whole new questions. I briefly mentioned this before in another post. I’m gonna be nice and call the Hoteps, “Black Enthusiasts”, and they are sometimes called the Ankh -Right, but you can trust me when I say that they are, quite possibly some of the most exasperating Black people on Earth, because they are deeply homophobic, transphobic, patriarchal, and sexist. Incidentally there are female versions of the Hotep, called the Hertep!

This Friday is Juneteenth, a holiday which holds a special significance, in the Black community. It’s usually an opportunity to showcase Black achievement and joy, and there are still attempts being made to make it a National holiday.

What is Black Girl Magic?

This is probably another phrase you’ve seen on Twitter.There’s a reason that this phrase is trending in the Black community. From Karens to Black girls…

Here. Kendra Thomas gives a brief history of the mistreatment and rise of Black women in America. As I mentioned before, you can’t find information on some things unless you know which questions to ask.

Next up: Black women in music, you probably never heard of!