I’m feeling a bit of Pop Culture nostalgia this week, so here, have some of the vampire songs that are always on MY playlist! 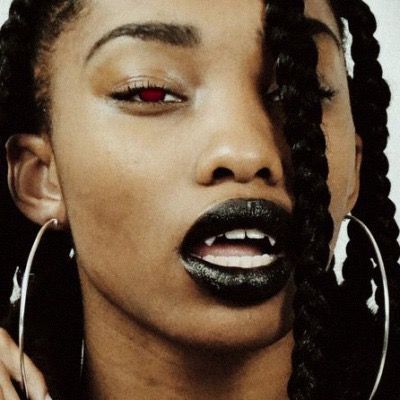 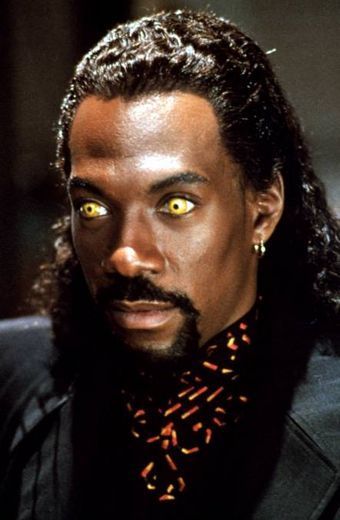 I was on Tumblr, and I noticed a trend of people recommending vampire songs that 1. I didn’t recognize, and 2. Were all by white people and groups, as if PoC had never had any interest in vampires , and never made any songs about them. I really hate lists of music on there anyway. I have pretty wide ranging tastes, but these lists always seem to have the most obscure musical groups these people can find. Why these people can’t ever seem to listen to just regular songs, that maybe more than five people have heard, is a mystery! At any rate, there was one list I found, I listened to a couple of the songs and I think that person just has bad taste in music, because they were fairly bland. I mean if you’re gonna go through the trouble of making music about vampires, the least you can do is be EXTRA, like all the artists on this list.

But I’m often exasperated by the rather “twee” musical tastes of Tumblr patrons, who can be somewhat limited in their musical tastes, and helluva lot younger than me. Vampires are a global mythology, in that nearly every continent has one, so I’m also pretty sure other parts of the world have songs about them, but I’m Black, and American, so this is my focus. Maybe, at some point, I’ll do some research to find songs from other countries. 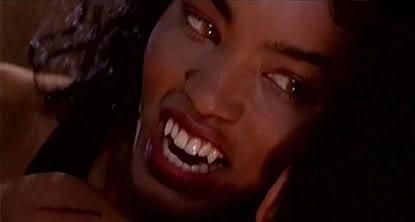 This is the classic Gothic vampire song, used in countless movies, and shows, that feature vampires. The first time I heard it was in the 1988 movie, The Hunger, which starred Catherine Deneuve, and David Bowie, as modern day vampires. If you haven’t seen that movie than check it out, as it’s an interesting snapshot of a very specific musical period (Goth) in the early 80s. The music, fashion, cinematography, and acting are all artifacts of that particular time, and the movie was groundbreaking, in that it was a mainstream movie, that featured an openly lesbian relationship, as Deneuve’s character puts the moves on Susan Sarandon.

Remember, that in 1983, this movie was the coolest shit we’d ever seen, because American culture hadn’t yet been saturated with Gothic imagery. In fact, I blame this movie for it!

This is one of my favorite songs, and I believe it was specifically written for the movie, in which it was featured during the end credits. I was a huge Annie Lennox fan in the 80s, otherwise I’d probably have never paid any attention to it. It helps that Annie Lennox always looked suitably vampiric since the beginning of her career, which had been going for ten years strong, by the time she made this song. It fits the film perfectly, in that it has this deep throbbing heartbeat sound, just underneath the listeners perception, the instrumentation, and singing is lushly romantic and overdone, just like the movie, and still gives me chills so many years later.

You really need to hear this with headphones to get the full effect.

Moon Over Bourbon Street – Sting (Interview With The Vampire 1994)

This song was also written in the late 80s by the newly solo lead of the British rock band, The Police. Sting wrote this after reading Anne Rice’s Interview with the Vampire, so I was expecting this song to be in the movie that was made in the 90s, but no luck. It wasn’t in it. But this isn’t my favorite version of this song, I prefer the Wozniak Club version, which I liked to jam to in the car, on my way to work. Of course, this is exactly the type pf song that would be played in the vampire club!

Vampires have made only infrequent appearances in African American folklore, and, similarly, African Americans have been largely absent from vampire movies and novels through the twentieth century.

When people recommend vampire songs, everyone seems to forget that Black artists make songs about vampires, too! I came across quite a few of them when researching this. This was the feature song for the Fright Night remake made a few years ago. The remake was not especially successful, and didn’t feature this song anywhere in it, which may account for why so few people know about it, but this video was, and remains, one of my absolute favorites.

After Dark – Tito and the Tarantulas (From Dusk Til Dawn 1996)

This is the song that plays when Satanica Pandemonium does her dance, for the two brothers, at the Titty Twister bar, featured in the movie. It’s not my favorite, but I like Tito and the Tarantulas other songs, and just want to recognize that Mexican people got vampire songs. 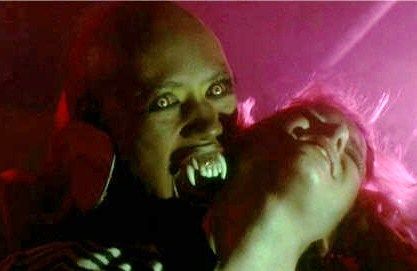 For some reason, all vampire movies must have a Club scene. We got vampires walking up in there, vampires owning clubs, dancing in clubs, hunting for a meal in the club, or all of the above. In 1987, Grace Jones owned, danced, and hunted, in the Club featured in this nearly forgotten movie. This song was specifically adapted for her strip scene.

The Hunger opens with a club scene, Interview with a Vampire has a club with actors, From Dusk til Dawn is set in a bar, Near Dark gets a bar scene, so do both Fright Nights, Bram Stoker’s Dracula, most TV shows feature clubs owned by vampires, and yes, the Blade movies have nearly famous club scenes!

As far as I’m concerned, despite the groundbreaking first film, it’s the second film, directed by Guillermo Del Toro, that’s the best of the Blade movies. This is Blade’s song, from the third, thoroughly awful, film. The song is every bit as badass as he is, and featured in the end credits, and it’s by the f*cking RZA, from Wu Tang! C’mon! How does anybody miss listing this song in any recommendations of vampire songs? On the other hand, the third film sucked, so that might have been the reason people simpy don’t remember that the RZA made a vampire song.

I’m putting this here because this is my favorite song from this movie. If you haven’t heard the soundtrack, it still holds up after some thirty years, and has a lot of great songs, including the title song. 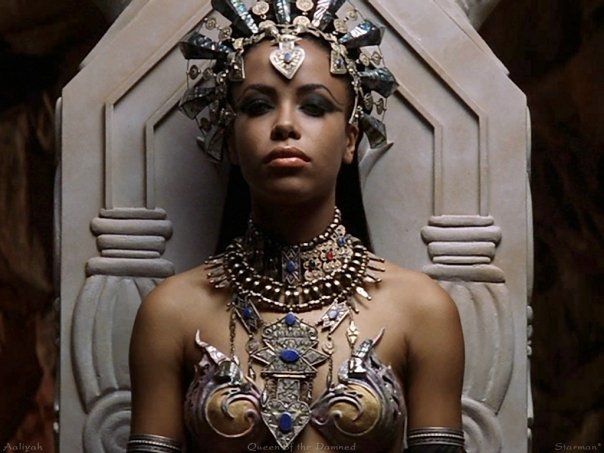 This is the song from the movie, where Alaska walks up in the club, and literally sets the roof on fire.

This is the song from the film’s iconic opening scene, called the Blood Rave, where we’re introduced to the Blade character, and what he does for a living: killing vampires! This is very probably one of the most famous intros in vampire filmdom (is that a word?) The song itself doesn’t actually have anything to do with vampires, but every time I listen to it, this scene is what plays in my head.