I had so much love for this show! Too bad its not going to get a second season, at least not according to the showrunner, which makes me only mildly upset, because really, its better to go out on top, then to dribble off in shame. Lindhelof says that what we saw is all of the story, and he doesn’t have any ideas for a second season, although he has given HBO his blessing to continue the show without him. I would prefer that the show simply end now, to  introducing a new and mediocre showrunner, for the second season anyway, which is the problem that American Gods has run into.

American Gods  should have just stopped at season one, with Bryan Fuller who, no matter which shows he works on, is just really hard to top. The same thing happened with ST:Discovery. On the other hand, if HBO  wanted to bring in Fuller, for a second season of Watchmen, I would be totally on board with that. The show is so rich, I just know he’d do some awesome work with it, but as it stands HBO isn’t looking at a second season right now, and the show has not been renewed. 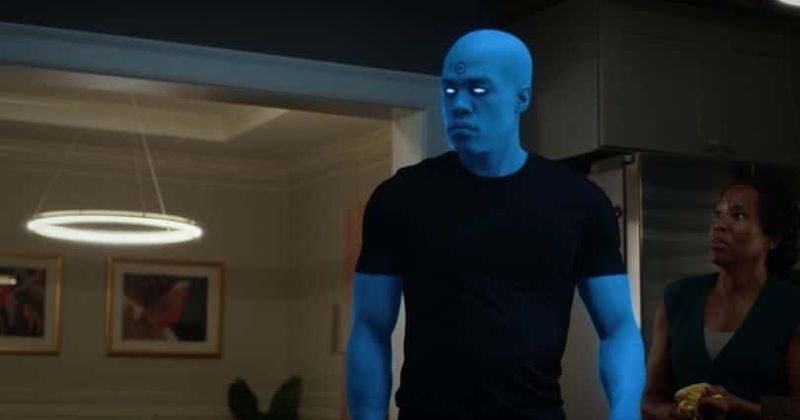 The first link is a list of 84 films that starred or were directed by women of color.

The second link is an article about why Black art and film criticism requires diversity. Because really the only people who can cogently discuss aspects of the culture that are represented in art, are Black people. Its not that white people don’t have opinions, its just their opinions carry less weight because most of them just don’t know enough about Black culture, to be able to speak on it, with any clarity.

And finally, a video on why we need to make more movies about Black people just being happy, and living our lives, without some criminal or racial crisis involved. Here are a number of opinion posts from The Artifice, on the subject of Horror and its themes. I’m going to urge everyone to visit the site, as it contains some of the best film writing and criticism on the internet. There’s not a lot of diversity, the people there pretty much stay in their lane, and are not professional writers for the most part, but its far better than a lot of the Bro’tube videos about pop culture.

I can’t link to Medium articles here ,but here are some titles and authors to look for, should you give the place a visit. And be sure to check out my last post about Horror movies set in the suburbs.

Recently, Stephen King weighed in on the issue of diversity at the Oscars. (There isn’t any.) Considering that this is the same man who insisted on putting at least one magical negro in every single one of his earlier novels, (and a couple of his more recent ones, too), he really should have just kept his opinion to himself. In all fairness though, after he had the situation explained to him, he did backtrack a little bit on his statement.

As decades of his Black characters show, one tone-deaf tweet is the least of his problems
Scott Woods
Also:
http://strangehorizons.com/non-fiction/articles/stephen-kings-super-duper-magical-negroes/
https://constantreaders.org/home/dick-hallorann-mike-hanlon-it-the-shining-magical-negro-stephen-king-blk-stg
One thing that is deeply funny about this topic, at least for me, is that I actually have met, what I like to call, “Magical Negroes” in my own life. Several times, Black people have shown up to help me with some issue, and then afterwards they disappeared for me to never see or hear from them ever again.
I was practicing for my driving test one day, in an empty parking lot near my house, and some guy (who was, as King would probably say, “four sheets to the wind”) came along to teach me how to parallel park, and how to back into a parking space. This went on for a while, and he was incredibly helpful, for someone who was very probably drunk. I went home afterward, but I never saw that man in my neighborhood again, although to be honest, I’d never seen him before the event either, and I’m reasonably familiar with the people in my neighborhood. This has happened to me several times in my life. Strangers who show up, help me do something, and then disappear, and well… I have questions!

On this subject, I said in another post, that this is what fandom has devolved to, at this point, where media consumers have become so toxic, that they think they can just harass the actors they don’t like, off social media, since it worked in a few cases. But I have to ask, what do any of these campaigns gain from  this? Although such people are incredibly loud, there simply aren’t enough of them, in population size, to affect the bottom lines of any of the corporations these actors work for. Their fleeting victories, sending actors off social media, and downvoting movies on Rotten Tomatoes, and Netflix, are just that. Fleeting, and ultimately unimportant.
Not only have they engaged in harassing movie actors, they have harassed other fans who simply don’t agree with them, (which is separate from the racism and misogyny that normally goes on in fandom). The vast majority of people (and this is just the ones who watch these movies), know nothing about what’s going on, what these people have been doing (beyond what’s been reported in mainstream media), or even why its being done.
These “fans” have accomplished nothing, but have become so used to bullying actors off the internet, that they were really surprised that Boyega didn’t leave, and they most certainly believe they are more influential than they actually are. In fact, like the strong Black man he claimed to be, he stood his ground, took no shit, and clapped right back at them, so that now the White women who started this beef with him, by personally @ing him, on his Twitter account, are  now whining that he is hurting them, somehow! It’s all perfectly batshit, and also completely useless. He still has a career. He’s still going to be working, and now that he no longer under contract with Disney, he can say what he wants on social media, with a freedom he didn’t have before.
I asked Nicole (the writer) if I could have her permission to post an excerpt from her Tumblr blog here, and she kindly gave consent. If you’re not familiar with the complete White Feminism Racefail of 2020,  here’s a decent rundown of those events.

John Boyega and the Racism of Fandom

Everything came to a head not just with John’s post about how he felt about Reylo, but he posted a video on his Instagram. In the video, it shows Boyega responding to his harassment by attacking the responses. Instead of realizing they were wrong, many Reylos started to accuse him of bullying them. It didn’t matter if they were the ones who replied to John with racist, degrading comments and it also didn’t matter that the comments they made were public: they couldn’t be held responsible. it’s John’s fault for not taking abuse silently. Some people are so upset about this, they’re already planning smear campaigns for his upcoming movies.