Here’s some reading for your weekend:

The knitting, fiber ,and yarn communities are not normally ones you’d associate with racism, but I think of it this way: Are White people involved in the community in question? Then chances are there are probably a few racists in it. And the yarn community consists of millions of people, worldwide. So yeah, some of them are gonna show their asses as regards race, some of them are going to dismiss the issue because its not anything that directly affects them, and some of them are going to be rightfully appalled, which is something that happened in the past 4 months, in an incident that sent ripples through the entire community.

Now, I do have to admit to never giving this a whole lot of thought myself, although I had noticed the lack of PoC fiber artists, yarn dyers, and designers, and no representation of women of color as models in the many books and magazines I used for reference. For me, it  was just part of the everyday erasure of color from any other community. I made a note of those things, and kept it moving, because most of the online spaces I frequent are pretty diverse. Most of the fiber arts workers  I’ve met in real life tend to behave themselves. Most of them are Black women.

*I missed a lot of this because it all went down on Instagram, and I’ve cut my social media consumption to Blogging and Tumblr, so I mostly got the aftermath.

So, what had happened was:

On January 7, she blogged excitedly about her upcoming trip to India. She wrote that 2019 would be her “year of color.” She said that as a child, India had fascinated her, and that when an Indian friend’s parents offered to take her with them on a trip, it was “like being offered a seat on a flight to Mars.” She spoke of her trip as if it were the biggest hurdle anyone could jump: “If I can go to India, I can do anything — I’m pretty sure.” Templer, it should be noted, is white.

As someone who is mixed-race Indian, to me, her post (though seemingly well-meaning) was like bingo for every conversation a white person has ever had with me about their “fascination” with my dad’s home country; it was just so colorful and complex and inspiring. It’s not that they were wrong, per se, just that the tone felt like they thought India only existed to be all those things for them.

TL;DR: This woman said some rather clueless Eat Pray Love type shit about visiting India, and actual Indian people didn’t care much for that. I get that she wasn’t trying to offend. I get that her intention was not malignant. Nevertheless, I do not have a problem with people calling for her to think deeper about  what she said.

But her post triggered a wave of conversations  and responses from the entire community, about racism and prejudice in the fiber arts world, which thus far shows no signs of slowing down.

Anyone care to explain the Tusken Knits business?

I have a few knitter friends and one posted something about diversity in knitting (which despite being the only black knitter I know I haven’t thought of too much) which led me down a rabbit hole. A few people mentioned some issues with a video posted by Tusken Knits. I’ve done some googling but can’t figure out exactly what it’s about. Anyone care to enlighten/discuss/share general thoughts about diversity in knitting?

So, for the past 4 weeks, there has been a large conversation about racism in the knitting community which spans from lack of representation to outright hostility towards BIPOC (Black, Indigenous, People of Color). It started from a Fringe Supply Co blog post about going to India. Since then, there has been an outcry, primarily on IG, about fixing this issue. The “white” response has been everything from “we need to do better” to “why are you being so mean to us”. TuskenKnit’s most recent youtube video falls into the latter category. It was also uncovered that she had connections to actual Neo-Nazis via social media. Her Youtube video was a whole lot of tone policing and white fragility and she made a lot of vague claims that many in the knitting community, especially business, have reached out to her and said they feel the same way. She is also moderating comments on all platforms so that negative comments are removed. @wenchlette, @su,krita, @burkehousecrafts, and @masteryarnsmith have excellent summaries in their stories/recent posts/saved highlights that have more information.

As for my personal involvement, I have been making a concerted effort to diversify my IG feed to include BIPOC designers/dyers/podcasters/etc. I have been listening and I mean *really listening* to what BIPOC individuals have to say about their experience. I have also been reading *a lot* about white privilege and all that comes with it. Lots of people are recommending Layla Saad’s “Me and My White Supremacy” workbook which is free to download which assists white and white-passing people to learn and engage their own involvement in a structured way. I found at the beginning of this conversation that my very privileged (white and otherwise) upbringing prevented me from really engaging in the conversation so a lot of what I’ve done has been listening and googling and reading so I feel that I have the knowledge and vocabulary to actually communicate. On a more fun note, there are some amazing yarn dyers/podcasters/designers I completely missed that I am IN LOVE with now.

I haven’t written about this before because as a white person with little to no influence in the industry, I felt like it wasn’t my place to speak up about it, that it was more important to listen to those voices that have experienced racism in the industry and in their lives.

But of course I have this space and I can amplify their messages, and this is such an important topic for the knitting community and the craft community as a whole to confront. 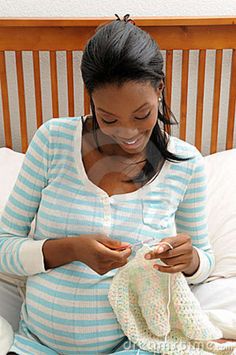 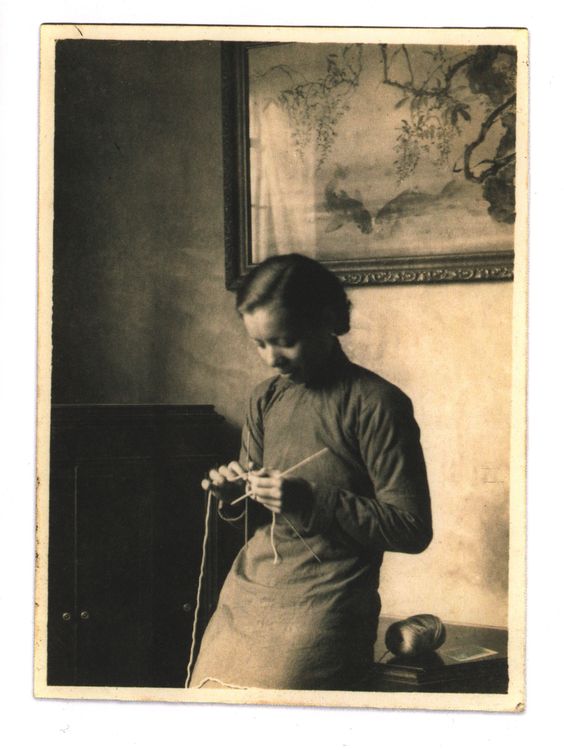 I have always welcomed everyone and will continue to do so, here on my blog, on my website and my audio podcast. I will continue to feel proud to both engage with and teach people from all different communities, from any gender/ethnicity/race/religion/level of income and also including people with physical and mental disabilities. I will continue to grow and build upon my past experiences to help you all to learn and develop your knitting and crochet skills.

*The knitting community is still perceived as a White community, and we are having some amount of effort convincing people that there are indeed PoC who knit (although most of the ones I’ve met are crocheters.)

As a knitter and African-American woman business owner in the yarn industry, I know many minorities that knit and I know some minority knitwear designers who I have met at shows – and I know there are more.  Yet I have yet to find a yarn company or indie dyer in addition to myself who has attended a local or national show. In fact, between my attendance at the The National NeedleArts Association trade show in 2014 and the recent Stitches Conference, I was the only African-American business owner at these two shows. Why is this? I am sure there are other minority business owners out there. And I am not just talking about African-Americans. Yes, I am black but I know Latinos, Asians, and Africans who knit or crochet. Why are we not represented well in the knitting community? 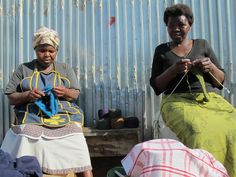 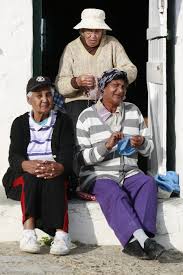 Hello! My name is Gaye Glasspie, most folks know me as GG from GGmadeit.com and I knit. I am the writer behind the blog Confessions of a YarnHo. I also happen to a POC (person of color) Did that statement make you gasp? Did it shock you? I pray your response was “no,” because in my opinion, one has nothing to do with the other. 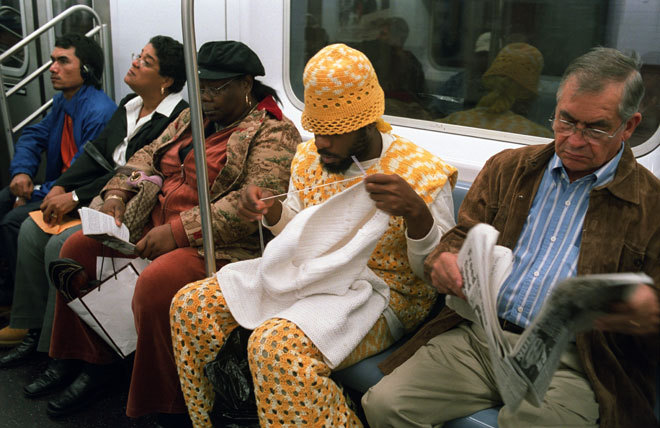 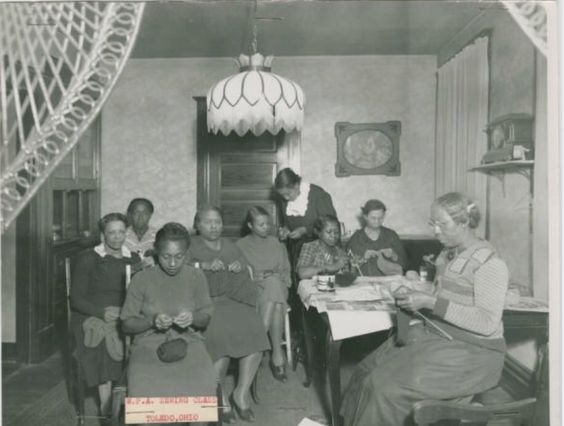 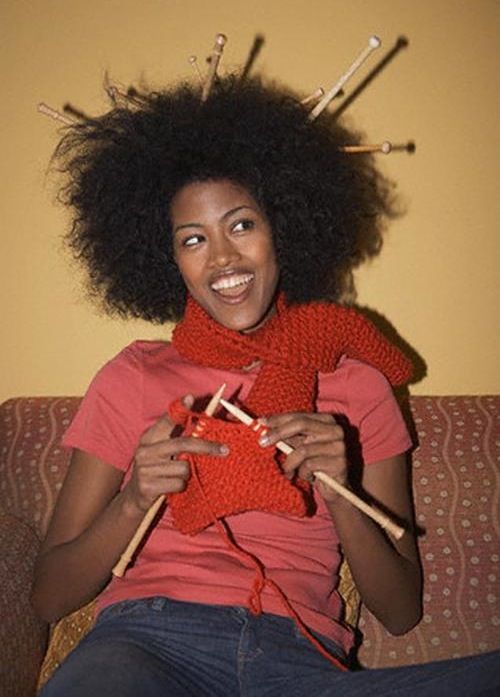 Here are a few of the replies to the above events:

It’s up to us to help make the fiber community safe and welcoming for BIPOC. Not being actively racist is not enough. You’ve got to actively be inclusive. You’ve got to actively be anti-racist. You’ve got to actively seek out BIPOC as designers, as spinners, as dyers, as companions. And I hear you again, “But why? Isn’t it more fair if I just purchase their wares when and if they appeal to me? That seems less racist, just taking race out of it.” Except that’s not actually feasible in the world we live in. It’s not. You are far less likely to see their work, their designs, their dyed fiber, their spun yarn because of our current paradigms. For now, we’ve gotta do a little work to make the world a better and safer place.

I am a proud Puerto Rican woman. When not trying to save the world, I read, write, and create knitting patterns.

While I have met some amazing people of all colors, shapes and sizes in this community, I have also had to justify my existence no less here than anywhere else. Over the 40+ years that I have been primarily knitting (I also spin, weave, crochet, needlepoint, and embroider) I have had to ignore or respond to the following: