I’ve not been reviewing this show lately but I have been paying attention, and I decided to wait until Rick Grimes last episode because it’s the end of an era, and I want to talk about that. 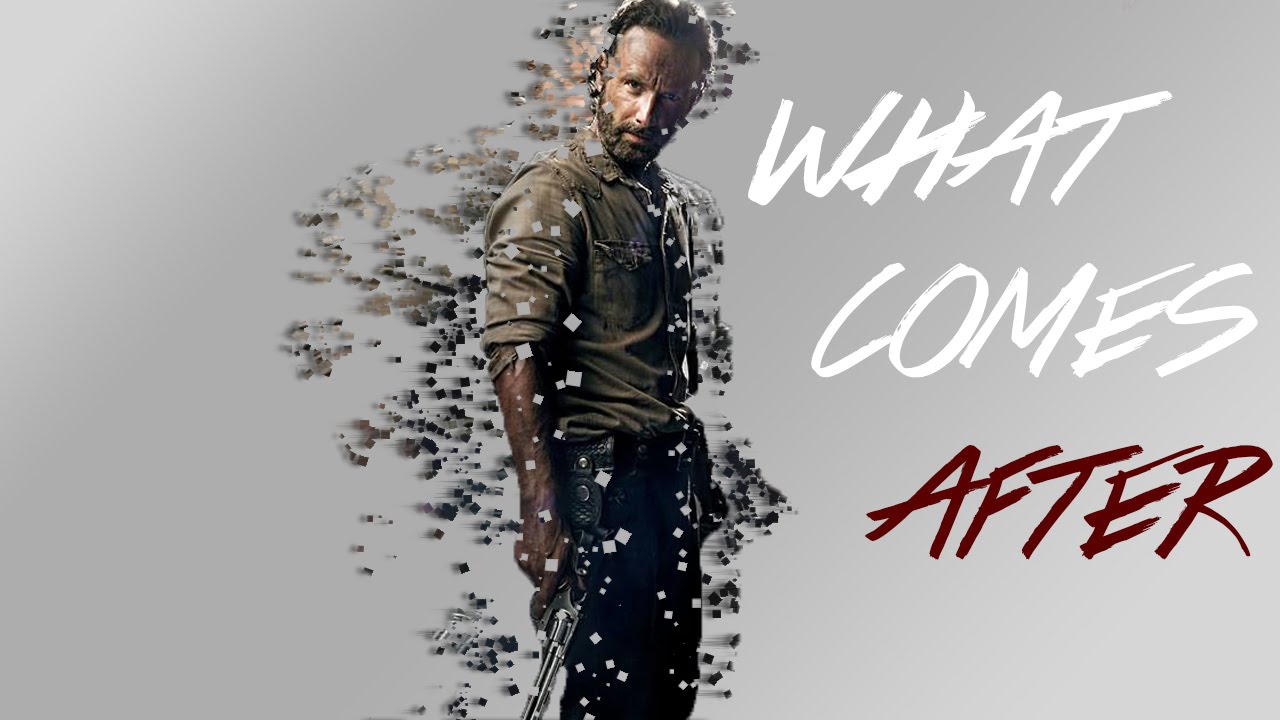 Yes, indeed it is Rick Grimes last episode, but in fairness to those who haven’t watched the latest episodes , I won’t give away the very end, or add certain spoilers. Rick’s last few episodes have been especially emotional ones. No, they don’t have the resonance of those first images we saw of him riding  a horse down an empty highway, but those images are recalled by him during the episode, and there’s some musical callback to the first season with the replay of the song Space Junk by Wang Chung. This is fitting because we began with Rick, alone, remembering his family, and that’s how these last two episodes end, with Rick recalling the family he’s built over nine years.

Rick spends most of these last two episodes trying to escape a swarm of zombies ,and even though you know these are  his last episodes, they still manage to be full of suspense. You are definitely going to need some wine, (or lots of friends), to get through this one. 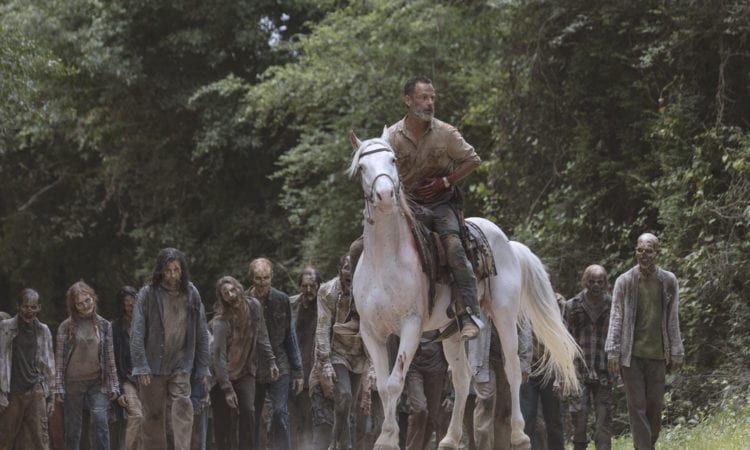 Yvette Nicole Brown, who is one of my favorite reviewers, and a total Richonne stan, got to interview Andrew Lincoln, and seriously, I almost broke down when she did, because the two of them are such good people, and Andrew Lincoln is such a sweetheart. They didn’t discuss a lot of his plans for the future but the show’s creators say they will be creating a series of standalone AMC films about the events that happen after Rick, and that later in the season we can look forward to a new group of survivors called The Whisperers, (a name which heavily reminds me of the R&B singing group).

In Rick’s memories, he gets to say all the things he wanted to say to those he felt he disappointed, like Herschel, and see Michonne one last time. I find that I’m okay with all this.  I think it was a good send off, although you know at least one reviewer is going to bitch about how it all sucked. Rick went out as heroically as he lived and I’m at peace with his leaving, the way I wasn’t with Glenn’s passing. (I’m still pissed off about that. I don’t think the show has ever made a greater mistake then killing Glenn, while Negan gets to live, but I digress.)

I’m definitely going to miss Rick, but we were shown some scenes from the next three episodes of the series, which look very interesting. According to the show, The Talking Dead, the show jumps ahead 6 years, and we get to see who is still alive, and what they’ve been doing in Rick’s absence. I’m looking forward to these next episodes, as the show becomes a true ensemble vehicle with no one particular leader. Rick anchored the show in a certain place and time.He was the linchpin, the sun around which the series revolved, and with him gone, the show will open up in some interesting new directions that I’m kind of excited to see.

It’s not that I won’t miss Rick, but he had a good long run, and I don’t mind seeing him step aside to let the others shine. I’m okay with it. And they will shine because we’ve had a chance over the years to watch all of them do just that. At the very end of the episode, we see Judith, wearing her father’s hat, and stepping into the role of a future leader. It was so fascinating watching that because I didn’t know when I was watching her scene, or who she was. I’m like, “Whose child is this? And what’s she doing with Rick’s hat?” ( I’d had a very long and emotionally taxing day, so I was a bit slow on the uptake.) She appears confident, (almost cocky), and strong willed and  I’m a fan of hers already! I just know she’s gonna work my last nerve! It’s going to be interesting seeing how she’s been raised in Rick’s absence. I have to  confess that I’m one of the few people who has never re-watched any episodes beyond the first season. This show is so emotionally  engaging, that watching it is almost like a full time  job. I have re-watched the first season, but none since then. When a season is over I don’t go back, and I’m probably not going to do so here. I think my plan is to wait until the series is over and binge specific episodes. Yeah, I can’t re-watch the show while it’s airing. That’s just too much. So I’m not going to be seeing Rick again for a long  while.

3 thoughts on “The Walking Dead Season 9: What Comes After”