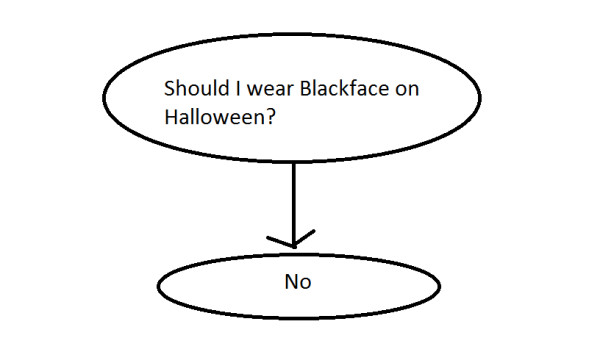 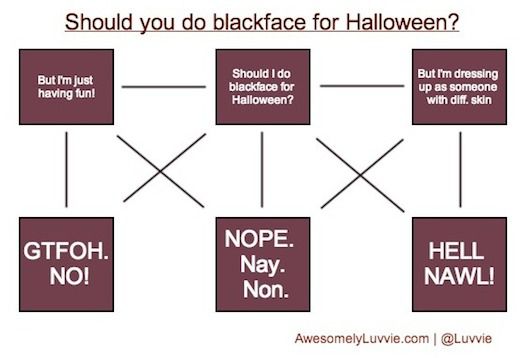 @@ My biggest point is this, however:

Megyn Kelly lost her job over this shit. There are other people whose jobs are considering firing them for their infractions against decency and good taste, so maybe think twice about your shit this Halloween.

Having been told that your behavior is hurtful and offensive, and continuing to still commit that behavior, says a lot about the kind of person you are.

You are not a Good Person!

From now on, White allies can approach this kind of behavior just like that. Explain to them that they’ve been told again and again that they are hurting Black people with their behavior, and need no more explanation beyond that we have asked them to stop doing it. If they insist on doing it, or making excuses for why its okay, then you’ve just found out what kind of White person you’re dealing with.

If you continue to hurt someone  after you’ve been repeatedly asked to stop, it makes you a bully.

And you are not a nice person.

4 thoughts on “The History of Blackface”