I’m going to put this here first. This is just these two, very nice guys discussing the events in the show, and giving their opinions. This is about twenty minutes long, and afterwards I’ll discuss what I thought about the show, my feelings, and my suppositions about what I think is actually happening, about which I may be totally, and completely, wrong.

Okay, so my thinking on this is that a lot of what we saw was faked. At least, I think their lives, after the apocalypse, was faked. I think maybe there was a limited nuclear exchange, and its possible it may even have been bigger than that, but I think the rest of the world is still there and  these people were brought to this place for the express purpose of harming and torturing them.

One of the biggest tenets of my personal belief system is: always question what I am being told, especially if it’s by someone in a position of authority, or power, over me. None of these people bother to do that. They’re  the kind of people who have unquestioningly gone along with the status quo their whole lives, and that has continued here, and I believe that’s why they were specially chosen to be in this place. None of them question anything they are told, no matter how nonsensical, or how much it conflicts with what they’ve been  told before.

A lot of the rules they live by just seem designed to be pointlessly malicious and make them unhappy and scared. For example, one of the first things the newcomers see when they reach the Outpost is an execution that I feel was timed and staged just for their arrival. I think the execution itself was probably real, although it serves no purpose to be killing off the members of your survivor group because they had sexual relations with one another, and if that was true, then why was Stu and his partner allowed to be a couple at all, before Stu’s probable death.

During the episode, there were a number of instances where I thought the two lead characters were engaged in what I call “harrowing”. They are basically there to make sure the participants suffer. There’s the possibility that the Coperative, or whatever, is simply a cult of some kind ,and this is the closest they will  get to willing participants. 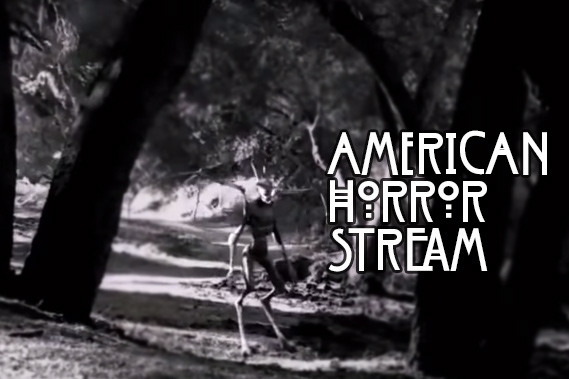 The food cubes  are to keep them miserable and distracted by hunger, so they don’t think to ask proper questions. After one of the participants goes on a long rant about why there isn’t any food, when they paid so much money to be there, it’s awfully coincidental that the two women just show up with stew, possibly, or not, made from Stu, a moment I found hilarious, and may itself have been staged. Notice that Stu’s partner is the first one who jumps to that assumption. It’s possible that Stu is dead, but I don’t think they made food out of him.  Turning a human being  into hamburger is a very labor intensive activity, and we haven’t seen either of the two women involve themselves in any activity more strenuous than changing clothes. And besides, that’s what the conveniently hierarchical  slave system is for, which is also designed to make the less rich participants just as miserable, too.

Everything in this setup strikes me as being just a little too pat, and a little too well thought out. How convenient is it that they know there are mutants and whatnot trying to infiltrate their borders? And then there was the pigeon. This is what clued me in that all of this might just be a huge farce designed to keep these people trapped. They ration the food pellets again, and then say their border was infiltrated…by a messenger bird from another Outpost. One of the women asks if they could eat the bird, and the attitude is that the bird is inedible because it’s been irradiated by the environment. Then there’s this huge thing where they claim someone is irradiated and could contaminate the others with it, so that person needs to be found and ferreted out. Yeah, that’s not how radiation works. I know something about this topic from having watched hundreds of Scifi movies, and that is the one topic such movies always get right. Radiation isn’t contagious. It’s not a virus or bacteria. You can’t pass it on to someone, although there can be contact transference. It mostly just causes sickness. Radiation poisoning is only dangerous to the person who has it, not to people who happen to be in their orbit.

Yet, the two leaders of the group act like radiation is this horrible sickness that they can all catch, so the person who has it needs to be sorted out.

They freaked out about one of them being contaminated. But bringing that irradiated pigeon ( its too poisonous to eat) inside is okay. Those two things directly contradict each other.

None of the participants in this charade are quite smart enough to figure out that all the rules are a pointless mess designed to keep them so miserable they can’t think straight about their circumstances.

Another clue, for my theory, is the horrible music played on a constant loop, over and over, for months, only to be arbitrarily changed to another horrible song, for several months. The point of it all is to make everyone deeply miserable, thereby making them all more easily managed.

When they are visited by the so-called leader, at the end of the episode, he rides in on a carriage with Black horses, which are subsequently killed. Now I can understand not wanting to eat irradiated horses, because imbibing it is one of the few ways a person can get radiation sickness, but really, why kill the horses? He doesn’t plan on leaving, that’s why. And why bother to travel on horses at all, if their borders are constantly being violated by irradiated mutants trying to get their stuff.  And once again, bicycles are readily available everywhere, and anywhen,  but no one ever thinks to ride those after the apocalypse.

I think the whole story is bullshit, including the story about the other fallen Outposts, is designed to keep the participants scared and trapped. They can’t be allowed to know that the rest of the world is still out there, or they would try to leave. These are people too lazy and soft to ever leave their comfort zone. They didn’t leave their comfort zones even when they were back in the world, and they need to remain in that hellish place, for the “Cooperative’s” agenda.

And remember, the two women in charge of the Outpost are both unreliable sources of information, and we only know about the world what they have chosen to tell their prisoners. None of the things they’ve said, about the rest of the world being gone, might be true.

The bottom line is, I don’t trust any of this.

Or I could get up off my lazy behind, watch the second episode, and find out I was completely wrong about all my assumptions…

Now I also want to point out how much I loved seeing Joan Collins, and what a thoroughly bitchy delight she is as a character. This is the kind of woman, after being told she may be eating human flesh, shows she seriously doesn’t give a fuck, and says  that it tastes great. Cannibalism doesn’t bother her at all.

I also thought the scene where the Black guy declares they’re eating his boyfriend was hilarious. It’s just so incredibly over the top and ridiculous. Stu is Stew!!! Omg! I lowkey thought that Paulson’s and Bate’s characters were in a lesbian relationship. They still might be, but I thought that was what we were going to see, for a moment there. it turns out that the two of them are simply up to no good together, is all.

Adina Porter is her usual awesome self, and I’m glad to see her again.  Actually, I’m having a few gleeful moments, as I watch these rich twats get treated like shit, and made miserable. They were such unlikeable people, when they were out in the world, that it’s really a lot  of fun watching them have these meltdowns over their lack of food, and freaking out about the music, which I also find lowkey hilarious.

By the time you read this, the second episode will have aired and I haven’t yet watched that. Depending on what happens,  I’ll have more about the show later. But this season looks to be fun in a way that last season was not, as it was hitting a little too close to home. I think Ryan Murphy is the one of the only showrunners who can infuriate me, keep me in a state of outrage, and still keep me laughing so hard, and glued to my TV, at the same time.