Discussions on the appropriation of Medievalist history by various pseudo- Nazi organizations throughout, and how historians are fighting back against their livelihoods being associated with it.

The Popularity of Vikings Discussions about the appropriation of Viking culture by neo Nazi groups, and how historians and the descendents of that culture  are fighting against it.

I have a post coming soon about a version of gamergate, that happened in the seventies, against disco. Rock music, Gamergate, Star Wars, Ghostbusters…white straight men throwing this type of tantrum because of a changing media landscape is not new, and follows the same formula every time it happens.

This is often reactionary behavior. By the time White men (and it is almost always White men) start protesting something it’s too late to do anything about it.  When it happened in the past, especially when the internet didn’t exist,  whatever they were protesting against simply went underground and emerged in a new form. Gamergate didn’t stop companies from developing diverse games, The Disco Sucks movement did not destroy that particular musical style, protests against rap music didn’t stop it from mainstreaming, and these new ass showings around PoC in scifi/ fantasy movies, isnt going to stop movies from being diverse, and women and PoC are still on the internet. So far, all they’ve managed to accomplish is a handful of celebrities closing themselves off from their fans by limiting their social media accounts.

So what really is the point of such things?

The Beautiful, Ugly, and Possessive Hearts of Star Wars

Racism, Misogyny & Death Threats: How Star Wars Fans Turned to the Dark Side

The latest victim of racist ass-showing is the star of the upcoming DC series Titans, Anna Diop, who closed down the comments on her Instagram page when they racist vitriol got to be a bit much. Of course she’d started to receive this commentary the moment her casting was announced, and issued this statement:

What is really upsetting to me about this is that both actresses were told to prepare themselves for this backlash, and when coming face-to-face with it, the advice they got was to ignore it. That they’re expected to just take it to lay down the foundation for other women of color, when there are so many women who have laid the down foundation for them already, is truly exhausting.

This first article is about this writer’s long road to adjusting his attitude to current media, and learning how to feel and think about it critically, without engaging in racism, and homophobia, something I think a lot of people, who consider themselves fans, need to do.

For Huck magazine Anthony Lorenzo does not mince words about how Hollywood perpetuates racism both in front of and behind the camera:

It isn’t difficult to imagine why white writers don’t want to tackle characters they probably wouldn’t get right and get flack for. How a character might talk, might walk, the music they’d listen to and where they’d head on a messy night out. There’s a subtlety to the art of creating a character that requires knowledge of a relevant culture to accurately depict their nuances. Getting this wrong forces characters into two dimensions, leaving the writer a failure.

At some point, I need to do a post on how media audiences have changed over the decades. There was a time when the primary audience that most media aimed for was the family. Over time, that changed to teenagers with disposable income, which at some point, metastasized into White males, aged 18-34. 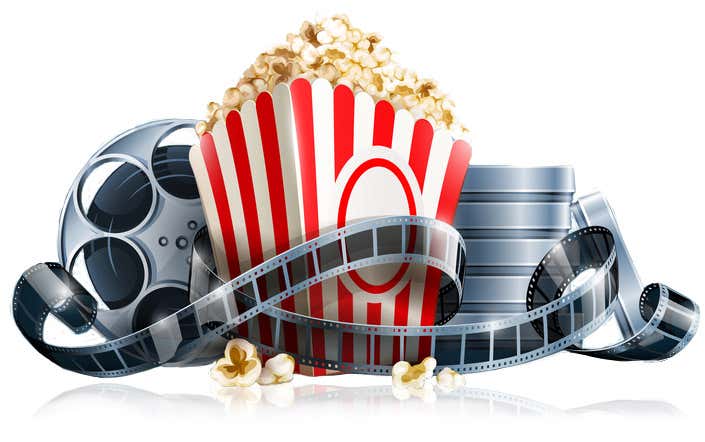 I don’t entirely agree with this article, as it hasn’t been my experience of the fandom, who seem to all want to be Negan, but nevertheless, it was an interesting read.

That shift towards a lone-white-man-triumphing-against-the-hordes mentality goes against the dominant manifestations of zombie fandom, where often fans want to join zombie swarms rather than be lone-wolf heroes. As Lauro explains, the group mentality that has proven successful in the past is the one fans share.

The movie definitely has some racist and sexist issues:

On the erasure of PoC from the Western narrative:

<em>The Magnificent Seven</em> vs. The Historical Negationism of Westerns

Ready Player One has several issues wrong with it but I think for me one of the biggest issues is outlined in the first article. In this movie there is almost no acknowledgment that Black culture is American culture:

An analysis of everything wrong with the plot of The Purge, and an analysis of how poverty would affect the outcome of such a plot.

The Purge — the event, not the film — is for white people, specifically rich white people. They are the beneficiaries, the ones who can afford the security systems to keep them safe, the ones wanting to thin the population for the sake of conserving resources, and the ones whose bloodlust is least in check. The victims are minorities, largely, and economically disadvantaged to the point some even resort to selling themselves to wealthy people on Purge Night in exchange for their surviving family’s financial security. That’s another idea that only a couple of weeks ago sounded like pure fiction, and now….well, not as much.

Snowpiercer and The White Savior

An analysis of the use of the White Savior trope in the movie Snowpiercer. This is one of my favorite movies. It has a lot of messages in it about the hierarchy of inequality, and stars Chris Evans. It also has an unconventional ending that makes the use of the trope a lot more complicated.

Logan: On Violence, Death, and Dying

Logan: A Film Fighting With Itself