In praise of the many depictions of Black women in the media:

“Somebody, anybody, sing a black girl’s song. Bring her out to know herself to know you.”

From Ntozake Shange’s For Colored Girls Who Have Considered Suicide When the Rainbow is Enuf.

You know what’s made me happy lately? It’s all the differing depictions of Black womanhood that’s been in the media lately. From upcoming shows and movies, to programs that have already currently awaiting a new season (or have sadly been cancelled, like Still Star Crossed).

Allow me to explain.

I saw Thor Ragnarok with my sister. Now, I’m not really a Thor fan, but I was beyond hyped to see this movie simply for Tessa Thompson. I wouldn’t call myself a Trekkie by any means (I do love Star Trek DS9 though) but I love Michael Burnham in Discovery (and I love the fact that this show focuses on a Black woman who has a background in the sciences). I love Misty Knight in Luke Cage. My sister and I watched the first episode of Issa Rae’s Insecure recently, and I marveled at the writing and the characters of Issa and Molly. I’m beyond hyped for the Nakia, Shuri, Okoye, Queen Ramonda and the rest of the Dora Milaje in Black Panther. I can’t wait to see Thunder and Lightning in the new Black Lightning TV series, and Iris West in the upcoming Flash movie (honestly Kiersey Clemons should never have been cut from the Justice League movie, but that’s a rant for another time.)

I love that media, lately, has taken to singing “Black girls’ songs” because black women have always been the backbone of the Black community. And I hope it can continue because Black women/girls deserve all the positive representation in the world.

Black girls (just like Black boys) are seeing that there isn’t one way to be a black person. That black womanhood is made up of differing ideas, politics, feelings and emotions, and each one of them is valid.

That’s an important thing for our community, and I’m glad its being spotlighted. I’m glad we have directors like Ava Duvernay who chose to have Meg Murray be a Black girl. I’m glad we have movies like 2014′s Annie with Quevenzhane Wallis who showed that Black girlhood is something that’s just as innocent and hopeful as anything else. I’m glad we have The Wiz Live with Shanice Williams, Queen Latifah, Amber Riley, Mary J Blige, and Uzo Aduba to show off the multiplicity and magic (yes, actual fucking magic) of Black women. I’m glad we have Laverne Cox, because her mere presence on screen is a validation for Black Trans Women who rarely see themselves in a positive light. I’m glad we have Riri Williams and her presence in the Iron Man narrative, just like I’m glad for the wild success of Hidden Figures, and I’m super excited for Taraji P Henson’s Proud Mary.

I’m here for any kind of representation for Black women because it’s needed now more than ever.

A discussion of how NOT to treat Black characters: Black people’s contributions have pretty much been erased from all vectors of American history, and that includes most musical genres like Country, Rock, and even Punk. 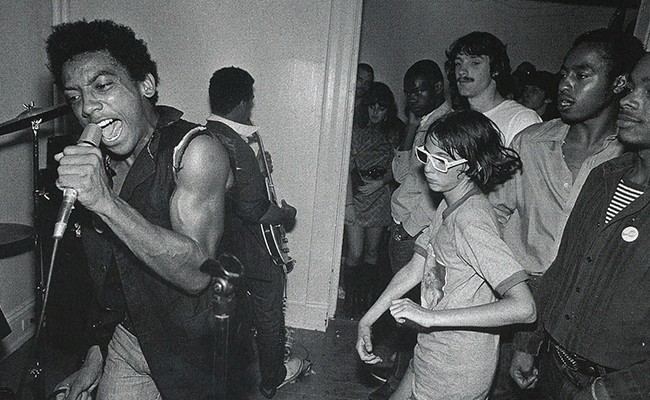 Goth So White? | Black representation in the Post-Punk scene

One would be gravely mistaken to think that there is no black representation in the fundamental part of Punk’s history. To illustrate this fact,  all one need do is take a look at photographer Michael Putland’s 1980 portrait ‘Ladies Tea Party’ that features Pauline Black, and Poly Styrene, along with Debbie Harry, Viv Albertine, and Siouxsie Sioux, and Chrissie Hynde.

The Sugarcoated Language Of White Fragility

The language we use to talk about racism is obviously distorted, a big clue that something is being hidden. It’s pretty easy to pinpoint the source: most White people can’t handle talking about racism. We flail. We don’t understand the subject, we get really uncomfortable, and we either clam up because we don’t want to say the wrong thing, or we bust out the whitesplaining (FYI, this is a best-case scenario. It can be much worse).

To mitigate our shortcomings, we surround ourselves with comforting words. Words that feel neutral. Words that don’t point fingers (at us). Words that center Whiteness, while erasing the harshness of discrimination and segregation. We reject words that we feel are too direct, that might reveal complicity on our part.

Let’s be clear that these linguistic gymnastics are only fooling White people. People of color have been aware that corporate pushes for “diversity” are often flimsy CYA efforts to mask sustained homogeneity, and “inclusion” is often code for tokenism. Scholars of color have been writing about the nuances of privilege and oppression for a long, longtimewhile watching White people invent different ways to either wriggle out of, dominate, or shut down the conversation. These same scholars have also been watching White writers and educators whisper the same exact thing they’ve been shouting, and magically draw a crowd.

Terms like “inclusion” and “white privilege” are designed to sneak past the racial stress triggers of White Fragility. They center Whiteness in a way that makes White people comfortable, while deflecting from the stressful realities of the racist harm that Whiteness causes. Imagine how many racial stress trigger alarm bells would go off if we were using words like “discrimination awareness” and “white undeserved advantages” instead.

Things we call “supreme”: The most delicious desserts. The most well-known and glamorous Motown singers. The highest court in the land. Um… God.

It has bothered me for years that linguistically, white supremacysounds kind of great. Almost holy. It would sound more appropriately scary if it were called something actively negative, like “White domination” or “White oppressorship.” Once again, imagine the White stress level skyrocketing.

Some disambiguation is necessary with this term. “White supremacy” is a system that prioritizes whiteness regardless of the presence or absence of racial hatred, but a “white supremacist” is a person who embraces overt racial hatred. It’s like a spectrum. By default, all White people are on the spectrum of complicity in upholding a system of White supremacy, but we only give the negative label of “White supremacists” to the really hateful people at the far end. This allows the rest of us to say “we’re not them.”

Recognizing the types of trolls you’re dealing with, and whether or not you wish to argue.