In the interests of those who haven’t yet watched this episode, I won’t reveal any spoilers on who Negan killed.

I was dreading watching this. I think most people were but I’m surprisingly not as upset as I though I would be, nor am I surprised at who got killed. I very strongly suspected who it would be, and what’s weird about it is  I had two choices. Even if you know what’s going to happen, you’re still not ready, but I’m not numb, empty, or devastated, although my heart goes out to those fans who are. Some of you deeply identified with Negan’s victim and I have a great deal of compassion for you. I know what its like to lose a character you care deeply about.  It’s funny how fictional characters can have such a profound affect on people. (That bullshit about people not being connected to each other anymore because of technology is just what it is. People still feel things.)

I’m still upset at the writers for the endless teasing that happened during the episode. They really should have led with Negan’s  actions, instead of his endless monologuing. Also, I didn’t  care for all the endless gameplaying that Negan likes to engage in.

Most of the episode is from Rick’s pov. After Lucille has had her fill, Rick refuses to break, insisting that he will kill Negan at some point. Negan, one of those messy, jovial psychos, decides to take Rick out in the RV to hash out this issue, man to man. He takes him to the overpass, where Rick’s people hung one of Negan’s cronies, and attempts to show Rick who is in charge, by giving Rick the opportunity to kill him with his ax. Rick tries but fails. I kinda saw that coming. The basic rule is not to  let your enemy choose the battlefield. Rick refuses to be broken, even after Negan drops Rick into a horde of walkers, throws his ax into the crowd, and orders Rick to retrieve it. Rick does it but Negan’s not satisfied. That’s another one of his mistakes, besides leaving his enemy alive, which is going too far.
The writers kept saying that all this was a reset. Before Negan and After Negan. We’re going to see that this isn’t something easily dealt with and then moved along. Rick, his crew, and the viewers are going to be dealing with the repercussions of this for a very long time, far beyond just this season.

Negan takes Rick back to the others, where he starts to  force Rick to cut off Carl’s left hand, under penalty of all his people’s deaths, but finally relents, when Rick appears broken enough, and Carl keeps his hand. So not only was this an especially harrowing episode for Rick, it is for us too.

Negan expends a lot of energy in breaking him, but to a man like Rick, that level of humiliation is a mistake, too. I’m not sure what books on warfare Negan’s been reading, but I’ve read them and I’m pretty sure these particular tactics aren’t in them. I’m sure this is just something of his own devising. It’s worked  several times, so it’s a tactic he’s going to keep using, which makes him predictable.

There are two kinds of people. Those who do things right away, and those who wait their turn. (Oh guys, this is going  to come as a shock to you, but the women you love so much and treat so well, most of them are people who wait. Luckily for most men, most women prefer to retreat than seek revenge.) These are the kind of people who take the whippin’ you give them, and act compliant for a while, but they’re really just waiting for the right moment  to strike, all the while playing the penitent. (I think most women fall into that category. Most women understand that they can’t physically go toe to toe with people who have bullied them, so they choose carefully what battles they fight, they wait to choose the battlefield, or simply take advantage of someone’s weakened condition. Possibly some men can relate) When some people get pushed far enough, they become people who wait for their moment, and I think that’s what happens with Rick. Will he ever fully recover? No. But I don’t think he’s as broken as Negan would like to believe.  Even if he is, the others aren’t.

I think Negan falls squarely into the instant gratification group, though. I say it’s a mistake, on his part,  because Negan is a classic bully, and makes the classic mistake of believing someone to be weak, and then underestimating them, or taking their weakness for granted. (Also, Negan doesn’t know about  Carol, the woman who almost singlehandedly destroyed Terminus, took down I don’t know how many Wolves, and killed at least a dozen of Negan’s followers, just by herself.) Negan also isn’t taking into account that Rick isn’t the only leader. We can think of at least three other players who could step into Rick’s place if he fell. 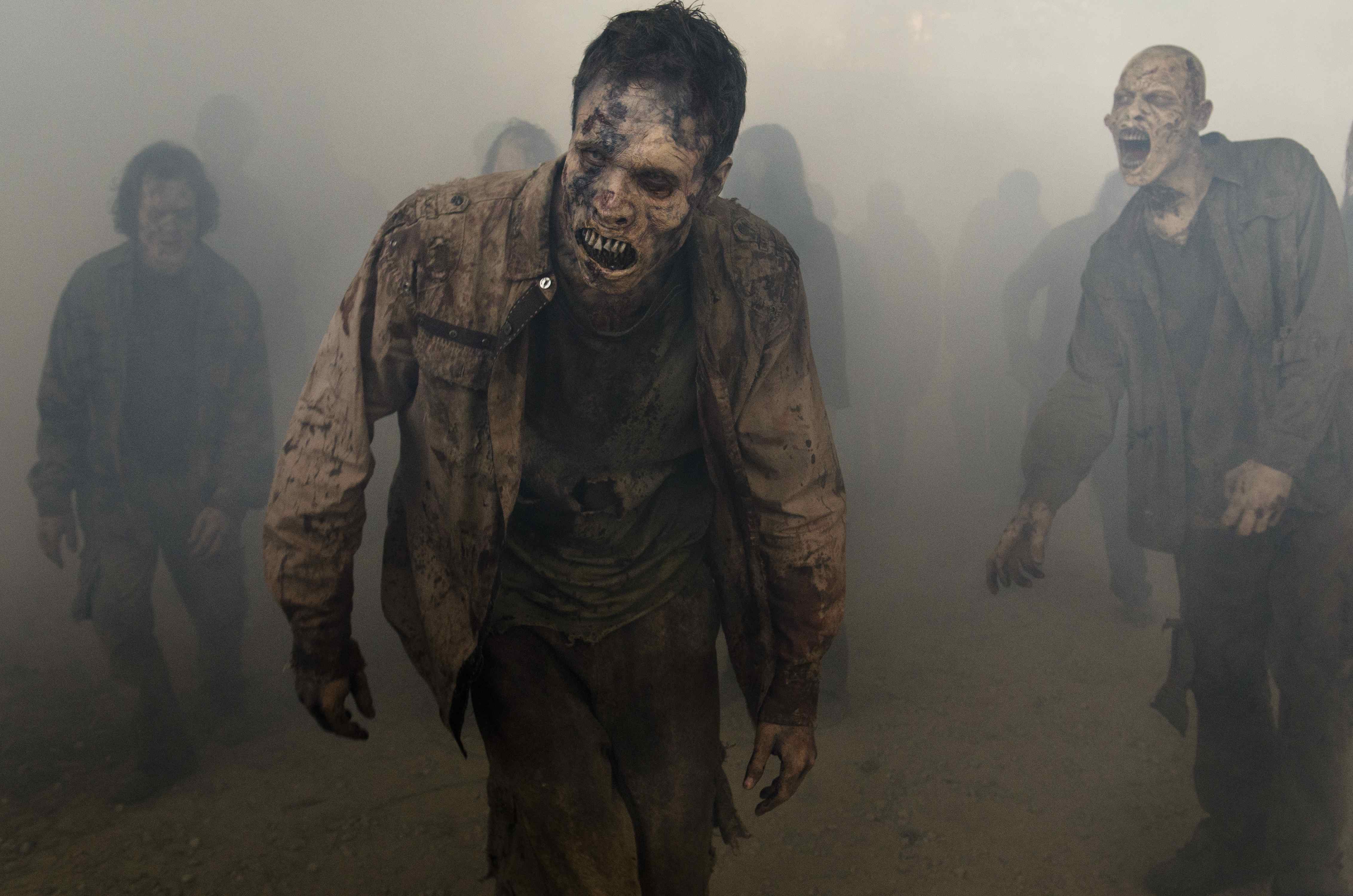 After Negan leaves, the others deal with the aftermath, and their grief.

I’m confident Rick will prevail against Negan. (I also cheated by reading the comic books.) I do hope that tonight’s episode is not an example of the type of writing we’ll have to put up with all season, though.  I don’t have a whole lot to say about this episode as  it mostly consisted of Negan’s  actions,  and Rick’s response. There wasn’t much plot.

Next week, we get start digging into the meat of the season and I’ll have more to say about what happened in this episode.